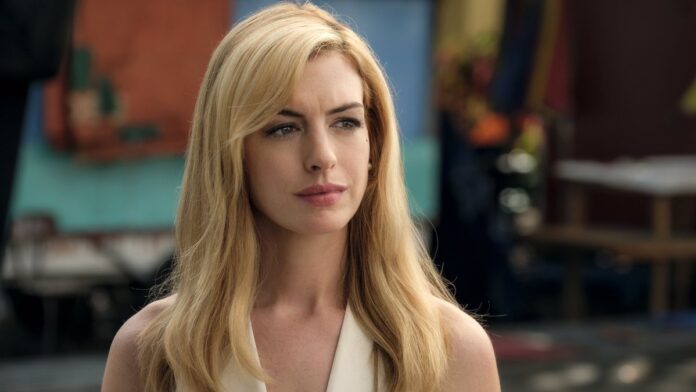 Anne Hathaway is expected to have a busy fall as part of James Gray’s likely awards contender Armageddon Time, but we also now have an idea what she’ll be doing next. Deadline reports she’ll star in Amazon Prime Video’s The Idea of You, the latest film from The Eyes of Tammy Faye director Michael Showalter.

Based on Robinne Lee’s 2017 book, The Idea of You centers on Sophie, a 40-year-old divorced mother whose husband left her for a younger woman. When he cancels a Coachella trip with their teen daughter, Sophie goes in his stead and winds up falling for 24-year-old Hayes Campbell, lead singer of a boy band and her daughter’s idol.

The screenplay is by Jennifer Westfeldt, known for penning Kissing Jessica Stein and directing 2011’s Friends with Kids.

Showalter is one of the creators of the iconic comedy Wet Hot American Summer. He’s been very busy recently directing comedies The Lovebirds and The Big Sick, while earning some of the best reviews for The Eyes of Tammy Faye. He also recently earned an Emmy nomination for directing Hulu’s The Dropout. Meanwhile, Hathaway is coming off the hit Apple series, WeCrashed.