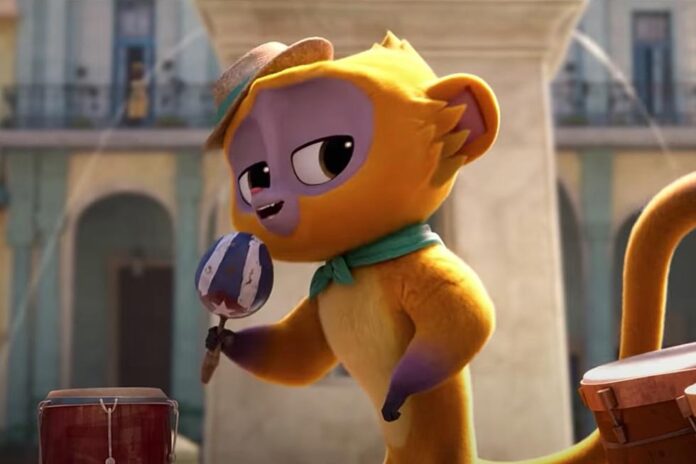 Is In the Heights just not enough Lin-Manuel Miranda for you? Well, good news, because he’s got another movie coming later this year. Miranda will voice a singing kinkajou in Netflix’s Vivo, an animated musical the streamer is releasing in partnership with Sony Pictures Animation after working out a deal yesterday. They didn’t waste any time getting this ready, did they?

So wait…what the heck is a kinkajou?

It’s a Central American, tree-dwelling mammal referred to as a “honey bear”, but basically it looks like a really cute monkey. In Vivo, Miranda plays the titular kinkajou who shares his love of music through song with the people of Havana.

SYNOPSIS: An animated musical adventure that follows VIVO, a one-of-kind kinkajou (aka a rainforest “honey bear,” voiced by Miranda), who must find his way from Havana to Miami in order to deliver a song on behalf of his beloved owner and mentor Andres (Buena Vista Social Club’s Juan de Marcos González). VIVO is an exhilarating story about gathering your courage, finding family in unlikely friends, and the belief that music can open you to new worlds.

Miranda composed and performed original songs for Vivo, reuniting with his Tony Award-winning composer Alex Lacamoire, who he worked with on In the Heights and Hamilton.