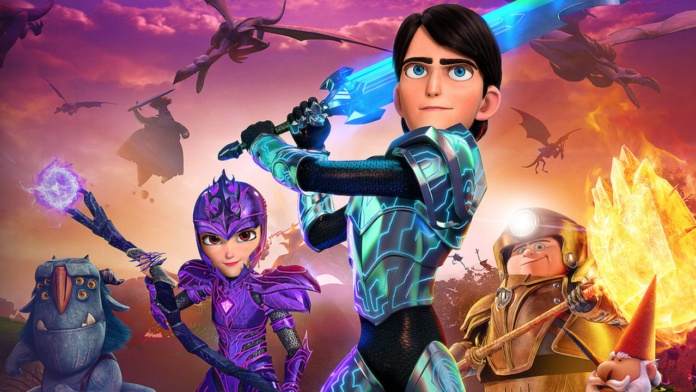 While we all lament there aren’t more Guillermo Del Toro projects, one has been winning hearts and awards for a few years on Netflix. Del Toro’s animated Trollhunters series is coming back for Rise of the Titans, a feature film on Netflix that serves as a culmination of the three prior seasons. And after being part of the streamer’s summer teaser earlier today, an actual trailer has dropped that reveals a release date.

Trollhunters: Rise of the Titans will hit Netflix on July 21st. The Tales of Arcadia series takes place in a seemingly ordinary town that serves as the nexus to a secret realm populated by trolls and other magical creatures.

The synopsis for Rise of the Titans reads: Arcadia may look like an ordinary town but it lies at the center of magical and mystical lines that makes it a nexus for many battles among otherworldly creatures including trolls, aliens and wizards. Now the heroes from the hit series Trollhunters, 3Below and Wizards, team-up in their most epic adventure yet where they must fight the Arcane Order for control over the magic that binds them all.

Trollhunters is one of those shows I’ve been meaning to catch up with, but have always been sidetracked from. That Del Toro has had the creative freedom to do this sort of thing on Netflix is one reason why filmmakers continue to flock to them.