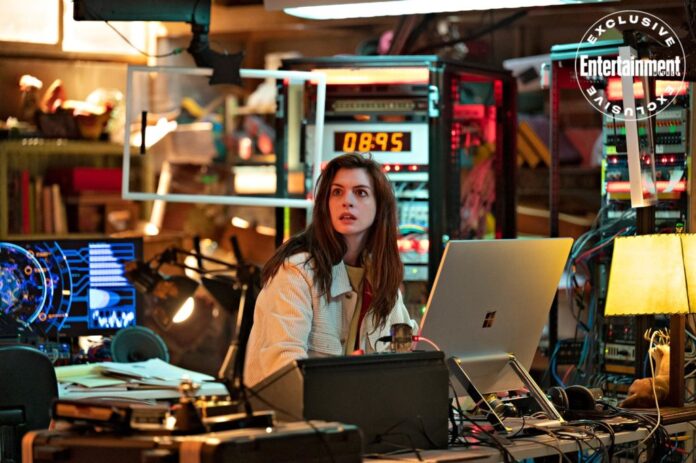 There’s still a lot that Amazon is keeping from us about its upcoming anthology series, Solos. But when you look at the cast, and the premise of several stories centered on a single character in a room, what more do we need? Anne Hathaway, Nicole Beharie, Helen Mirren, Uzo Aduba, Anthony Mackie, Constance Wu, Dan Stevens, and Morgan Freeman star in the series, and they’re all seen in first look photos released by EW.

Created by David Weil, Solo is said to explore the depths of human connection. How does Weil plan to do that with one character in one room?

“I remember films by their monologues, I remember TV series by those great epic speeches, and so I’ve always been yearning to do a piece that was one person in one room,” Weil said. “How do you engage an audience for that long of a time, and take them on a journey when you don’t have explosions and act breaks? It’s really on you, the writer, to create a story that’s compelling, that’s narratively thrilling, and that’s emotionally deep.”

“These are some of the most masterful actors [to] have been on screen ever,” Weil continued. “And I think that what’s so exciting and consistent about each of them is that they always want to challenge themselves. They always want to do something different, and ‘Solos,’ I think, presented an opportunity for them that was unlike anything they’ve done before.”

Solos is expected to arrive on Amazon Prime this spring.