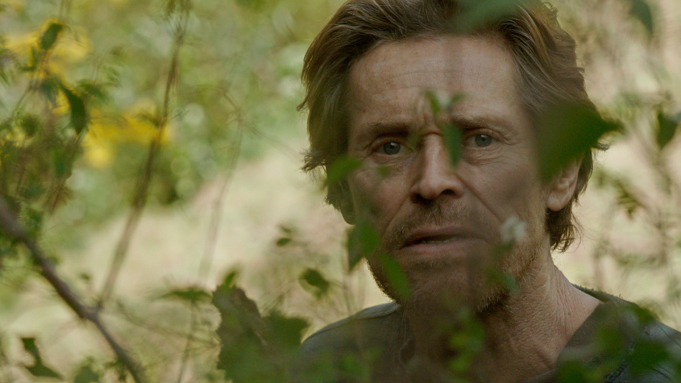 The working relationship between Willem Dafoe and oft-controversial filmmaker Abel Ferrara continues, one year after their previous collaboration Tommaso. The duo are back with Siberia, a dark, visually stunning character study about a man’s descent into madness.

Having premiered at Berlin last year, reviews for Siberia have been mixed to say the least, with much of the praise going to the beautiful visuals and Dafoe’s performance.  But as we’ve come to expect from Ferrara, who is best known for films like Bad Lieutenant, King of New York, and 4:44 Last Day on Earth, it’s going to drive some viewers nuts while others will praise it to the moon.

Here’s the synopsis: Clint, an English-speaker, has abandoned his former life and now runs a bar in Siberia where most of the few guests do not speak English. He suffers from hallucinations and embarks on a dog-sled journey to a nearby cave where he confronts his dreams and memories, including of his father, brother, former wife and son, trying to make sense of his life.

‘Zeros And Ones’ Trailer: Ethan Hawke Tries To Stop A Terrorist Attack In A Locked Down Vatican