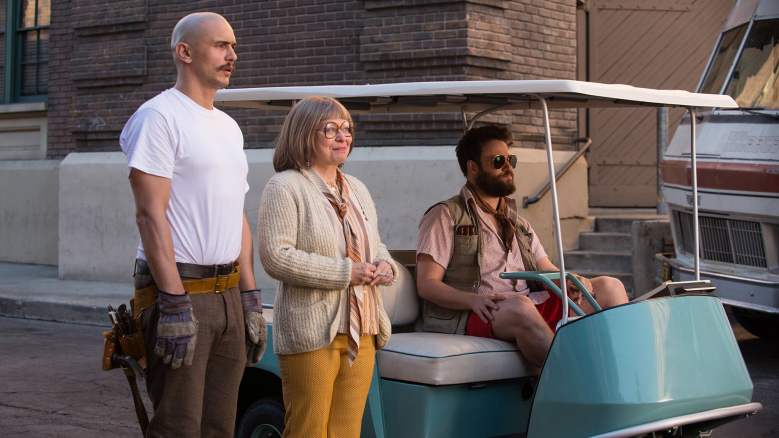 For a few years there, James Franco and Takashi Miike were neck-and-neck in vying for the title of most prolific director. Franco had movies coming out every damn month, it seemed, somehow fitting them in between his busiest period as an actor. Not a lot of them were very good, mind you, in fact, most of them weren’t. And some of them just never got released, either because they were too experimental awful or the distributor went belly-up. The latter is what happened to Zeroville, which Franco shot way back in 2014 and is only now getting a release.

Looking very much like a movie that was made five years ago, Zeroville finds Franco as director and star, playing a man obsessed with movies (he has a tattoo of Montgomery Clift and Elizabeth Taylor on his head) who arrives in Hollywood circa 1969, a time of great transition. It’s dabbling in the same era as Quentin Tarantino recently did in Once Upon a Time in Hollywood, but as expected he and Franco have very different visions.

SYNOPSIS: Vikar is a lost soul journeying through Hollywood 1969, a land of myths, beauty, and monsters. The studio system is in decay, and a new generation of brash filmmakers are on the rise. With his shaved head marked by a tattoo from his favorite film, 1951’s A Place in the Sun, Vikar is a bizarre presence even amid the dreamers and players. He finds work first building sets, then as an apprentice editor obsessed with wielding the power of moving images. As his involvement in the creative process deepens, so does his fascination with a tragic screen goddess named Soledad. Together they discover just how hard it is to live in the blurred boundary between reality and illusion.