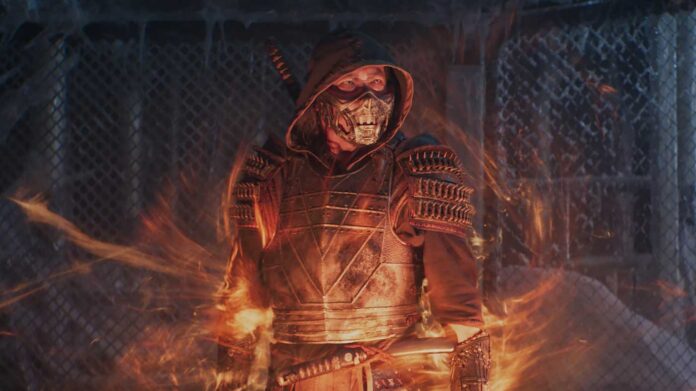 As a lifelong, die-hard Street Fighter fan, I’m perturbed by the number of live-action movies and shows that Mortal Kombat gets. But at least I could say that neither fighting video game franchise had produced a decent movie on the big screen, with virtually all of them so bad they make other video game movies look halfway decent. That is until now. A new fighter has emerged from out of the shadows, and while it doesn’t quite achieve a flawless victory, this Mortal Kombat delivers the punishing brutality fans want, delivered in a campy, superheroic package that could appeal to those who have never input a Fatality in their lives.

Making a competent Mortal Kombat movie isn’t hard to do. Some will tell you the difficulty is in taking a game that is essentially about a bunch of warriors ripping each other’s hearts out into an actual story. Pfft! The story is secondary to what a Mortal Kombat movie needs to be. The first thing is to not be scared of the violence, and first-time feature director Simon McQuoid shows right off the bat that he has embraced the franchise’s love of gore. No spine shall remain unripped.

The second thing? Don’t fuck up Sub-Zero and Scorpion. That’s it. Don’t fuck ’em up. Their ancient rivalry is at the heart of the games and it is the centerpiece of the Mortal Kombat movie, as well. It’s astonishing how quickly we pick up on the hatred in their feud, during a prelude in which Bi-Han/Sub-Zero (played by The Raid‘s Joe Taslim), the blue-clad ninja with ice powers, destroys the family of Hanzo Hasashi/Scorpion (Hiroyuki Sanada) in horrific fashion. Ice cold blood hangs in the air, bodies are ripped apart, and a violent showdown between the two warriors ends with Scorpion’s family line snuffed out…or so Sub-Zero thinks.

Fans have been screaming about the inclusion of Cole Young (Lewis Tan), a new character never seen in the games, for his obvious inclusion to help mainstream the film to casual moviegoers. It’s a silly argument; of course that’s what he’s there for, but also because there needs to be more to the story than just a tournament where everybody dies. Cole is an ex-MMA champ whose best days are behind him. A family man now, he basically just gets his ass kicked for chump change while his wife and daughter cheer him up after. He’s an unlikely fighter for the titular deathmatch tournament that will decide Earth’s fate. Unfortunately for him, his invitation, the birthmark on his skin, also makes him a target of an interdimensional power play by the evil Shang Tsung (Chin Han), who sends a centuries-old Sub-Zero to kill him. If it wasn’t for bruising Special Forces agent Jax (Supergirl’s Mehcad Brooks, looking jacked!!) and Sonya Blade (Jessica McNamee), Cole would be a human popsicle. Together with the hot-headed, trash-talking mercenary Kano (Josh Lawson, playing the Captain Boomerang of this suicide squad) they must find the thunder god Raiden (Tadanobu Asano) and train to defend humanity from Shang Tsung’s wicked plans.

There’s a lot to digest and not a lot of it makes sense, even as characters body slam you with exposition. This is especially evident when the gang arrives in Raiden’s lair, and each fighter must unlock their hidden powers. Basically, you get not only Cole’s “chosen one” storyline but a bunch of little mini versions of the same. On the plus side, it gives us more of the awesome and hilarious Kano, who never misses a chance to needle Sonya for not having a mark, and is always looking for a way to cash-in on all of this superhuman chaos.

McQuoid has the action nailed, while writers Greg Russo and Dave Callaham have indulged in the over-the-top craziness of the games rather than shy away from it. In the heat (or chill) of battle you might hear someone scream “FLAWLESS VICTORY!!” or “FATALITY!!”, which is sure to pop the fanboys. Lord knows I got hyped over it! The actual combat, which features hearts being ripped out and people literally sliced in half by spinning hat blades, is pulled off with the detailed fight choreography you probably wouldn’t expect from a video game movie. You see some shakiness when it comes to CGI, like with the multi-armed monster Goro (voiced by Angus Sampson), but in other aspects the effects are on point. This is especially true when it comes to Sub-Zero’s ice effects, Liu Kang’s (Power Rangers actor Ludi Lin) fiery dragon Fatality, and Kabal’s super speed.

Where the writers also deserve credit is in simplifying, to the best of their ability, a pretty convoluted story with deep lore. Some of the characters have to be dumbed down, or have practically no backstory at all (sorry Kung Lao!) for that to work, but again at least they don’t screw up Sub-Zero and Scorpion whose histories are laid out perfectly and provide the movie’s emotional core. The cast remains slim and tight, leaving plenty of fresh faces to appear in future sequels. That they didn’t feel the need to overburden the plot with characters just so we can watch them get gutted or decapitated shows McQuoid and company have the franchise’s long-term potential in mind.

Those who remember the 1995 film and its absolutely horrendous sequel will be happy this newer version of Mortal Kombat easily defeats them both. With some truly breath-taking fights that revel in all of the game’s glorious violence, Mortal Kombat is a champ that further proves video game movies don’t have to be so terrible we wished them banished to Netherrealm.

Review: ‘Army Of The Dead’

‘Army Of The Dead’ Teaser: Zack Snyder Sends Dave Bautista Into A Zombie Apocalypse To Pull Off A Heist