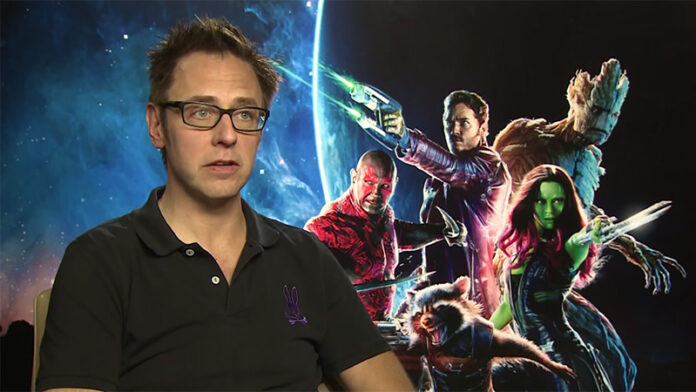 Just because director James Gunn is working on DC’s Suicide Squad doesn’t mean he isn’t thinking about his upcoming Marvel projects. Replying to a fan’s tweet, the Guardians of the Galaxy director hyped up the third Guardians film’s aesthetic.

“Our designers & visual development geniuses are busy creating new, fantastic designs of other worlds & alien beings. I’m not sure the galaxy is big enough for all this magic,” he said of the franchise’s final film. Since it will be the final film, we can expect some sad and somber moments mixed in with its signature humor.

Our designers & visual development geniuses are busy creating new, fantastic designs of other worlds & alien beings. I'm not sure the galaxy is big enough for all this magic.
This.
One.
Is.
Huge.
I'm excited. #Vol3 🚀 https://t.co/gtboIx2YWX

Guardians of the Galaxy Vol. 3 is set to start filming this year, so don’t hold your breath for that final film just yet. In December, Marvel Entertainment announced that the galaxy’s biggest a-holes won’t get that final film until 2023.

But don’t fret. The Guardians are set to appear in their on Christmas Special on DisneyPlus in 2022 and everyone’s favorite tree based life form, Groot is also hitting the streaming site soon with his own show aptly titled, I Am Groot.

If you really can’t wait that long to see Star-Lord, Drax, Gamora, Groot, Rocket, Mantis, and Nebula again, some of the characters are set to appear in Thor: Love And Thunder, out May 6, 2022. Director Taika Waititi even worked with James Gunn on the characters’ trajectory, reading the new Guardians’ script ahead of time.

In the meantime, you catch Gunn’s signature humor and chaos in The Suicide Squad, due to hit theaters and HBO Max August 6.