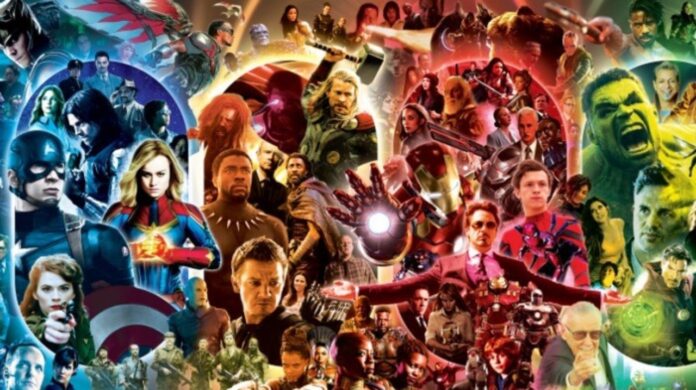 Remember a few years ago when we were all blown away that Kevin Feige had something like 20 Marvel projects all planned out through 2025 that we had heard nothing about? Suffice it to say, the guy is a forward thinker; you kind of have to be to organize something as massive as the MCU. And it only got more challenging with the arrival of so many Disney+ shows.

So it should come as no surprise when Falcon and the Winter Soldier showrunner Malcolm Spellman says there’s a lot of stuff coming up that he knows about which fans are completely unaware. He told Murphy’s Multiverse…

“I was surprised about how few of the upcoming Marvel movies have been announced,” said Spellman. “Fans will start to become more and more clear as these projects get announced.”

Some of these projects we can maybe guess at. Young Avengers seems like a good bet, or a Thunderbolts/Dark Avengers type show considering the path John Walker/USAgent took in Falcon and the Winter Soldier. Speaking of which, what about something for good ol’ Bucky now that he’s free of that whole Winter Soldier persona?

According to Spellman in a THR interview, he actually thought about concluding the series with “Captain American and the White Wolf” rather than the title it closed-out on. The White Wolf name would’ve referenced the name given to Bucky by the Wakandans during his convalescence there.

“I got to see that moniker [White Wolf] in watching one of the cuts, and man, it really affected me emotionally,” explained Spellman. “The reason [the closing title card] still says The Winter Soldier is solely based on Marvel feeling like they needed to keep some of the original title in there to land that feeling. I don’t think it had anything to do with where Bucky is going or how Bucky evolved as a character. I think that they felt like if they went too far away from the original title, you wouldn’t feel the impact of those words. But I’m speculating here.”

So Marvel nixed it. Oh well, it doesn’t seem like they had a storyline reason for doing so, just an aesthetic one. Maybe that means Bucky will get his chance a the White Wolf someday? Probably not; that name sorta sucks for a superhero dude.