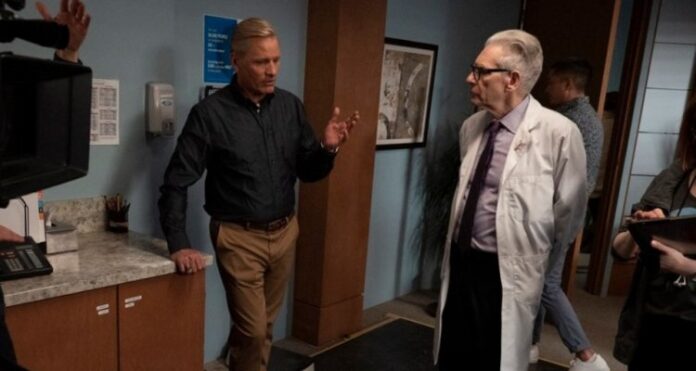 David Cronenberg is ready to embark on his first feature since 2014’s Maps to the Stars. Geez, has it really been that long? According to NEON and Serendipty, Cronenberg is set to begin shooting on Crimes of the Future, a sci-fi film starring, who else, Viggo Mortensen, and joined by Léa Seydoux, Kristen Stewart.

Shooting on Crimes of the Future begins this summer, based on an original story, Cronenberg’s first sci-fi since ExistenZ in 1999.  Also in the cast are Scott Speedman, Welket Bungué, Don McKellar, and Lihi Kornowski.

Here’s how the report describes the premise: “[The film takes] a deep dive into the not-so-distant future where humankind is learning to adapt to its synthetic surroundings. This evolution moves humans beyond their natural state and into a metamorphosis, altering their biological makeup. While some embrace the limitless potential of trans-humanism, others attempt to police it. Either way, ‘Accelerated Evolution Syndrome,’ is spreading fast. Saul Tenser is a beloved performance artist who has embraced Accelerated Evolution Syndrome, sprouting new and unexpected organs in his body. Along with his partner Caprice, Tenser has turned the removal of these organs into a spectacle for his loyal followers to marvel at in real-time theatre. But with both the government and a strange subculture taking note, Tenser is forced to consider what would be his most shocking performance of all.”

“I have unfinished business with the future,” Cronenberg said about the film.

This will be the fourth collaboration between Cronenberg and Mortensen, following Eastern Promises, A History of Violence, and A Dangerous Method. Mortensen recently released his directorial debut, Falling, and signed on to star in Ron Howard’s cave rescue drama Thirteen Lives. Stewart will play Princess Di in the upcoming drama Spencer, while Seydoux has the long-delayed No Time to Die later this year.