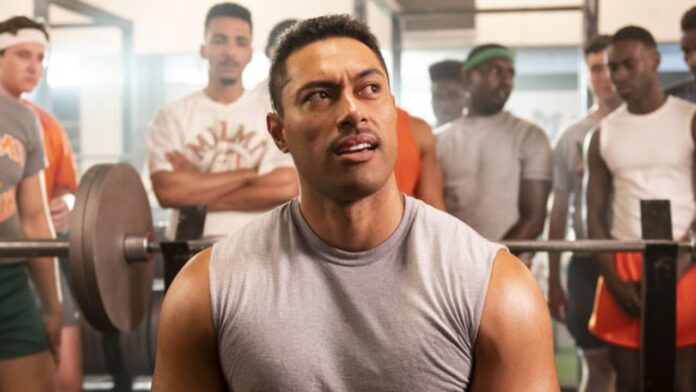 Dwayne Johnson continues to give a boost to the careers of actors of Tongan descent, just as he did Roman Reigns in Hobbs & Shaw. Now he’s landed a role for Uli Latukefu in DC Comics film Black Adam, reuniting the two after Latukefu played a younger version of Johnson on NBC series Young Rock.

Deadline reports Latukefu has landed a role in Black Adam, which follows the DC Comics antihero and rival to Shazam. It’s unclear what Latukefu’s role will be, but perhaps he’ll play a younger Teth-Adam?

The cast of Black Adam is already huge and includes Aldis Hodge as Hawkman, Pierce Brosnan as Dr. Fate, Quintessa Swindell as Cyclone, and Noah Centineo as Atom Smasher, all members of the Justice Society of America. Sarah Shahi will play freedom fighter Adrianna Tomaz, with James Cusati-Moyer and Marwan Kenzari in roles that are being kept a mystery.

Latukefu has previously appeared in the series Marco Polo and Ridley Scott’s Alien: Covenant. This would be his biggest feature role to date, though.