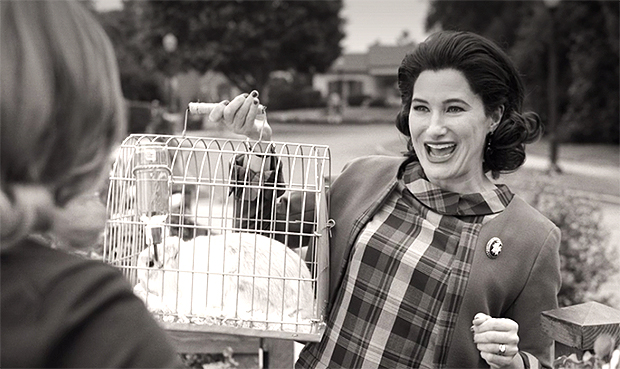 The finale of WandaVision has come and gone. Whatever you thought of it, the series gave two of its least-developed characters a platform to explore grief, loss, and the odd-but-endearing nature of their relationship. Was the finale short of the bells, whistles, and cameos that had been jokingly promised? Yes, and series director Matt Shakman says a lot of that is due to changes made over the course of an altered production due to the pandemic.

Joining Kevin Smith for his Fatman Beyond podcast, Shakman talks about how he got the WandaVision gig following a meeting with Marvel about an entirely different project. Unfortunately, we never learn what that project would’ve been…

“I got a chance to meet with [Feige] and some of the other amazing leadership over there at Marvel,” said Shakman. “And then they brought me in on one project after that to pitch on before ‘WandaVision’ came around.”

WandaVision ended up being hit hard by the pandemic, with delays that forced Shakman to make some pretty big changes. First of all, there was initially going to be 10 episodes rather than 9. And that would’ve afforded more time for supporting characters Monica Rambeau, Darcy, and Jimmy Woo who many feel were given short shrift in the finale. In fact, they had an entire storyline cut that would’ve found them investigating the Darkhold, only to discover that Agatha’s creepy pet rabbit, Señor Scratchy, was actually a demon.

“Well, yeah, things were constantly changing and getting rebroken. the story was changing, especially a lot of the real-world stuff and the finale,” said Shakman. “There was a lot of experimentation going on and sort of trying different things out. we also at one point had 10 episodes planned and we ended up collapsing a couple, you know just to make the rhythm feel a little bit better. but yeah, they constantly changed, and then of course, once we wrapped in Atlanta the pandemic hit and we ended up having months off so then further changes during that we were doing post-production and then ideas would come up and little changes would happen as a result.”

Hopefully, one of these days we’ll get to see some of that either in deleted scenes or as part of a behind-the-scenes look.