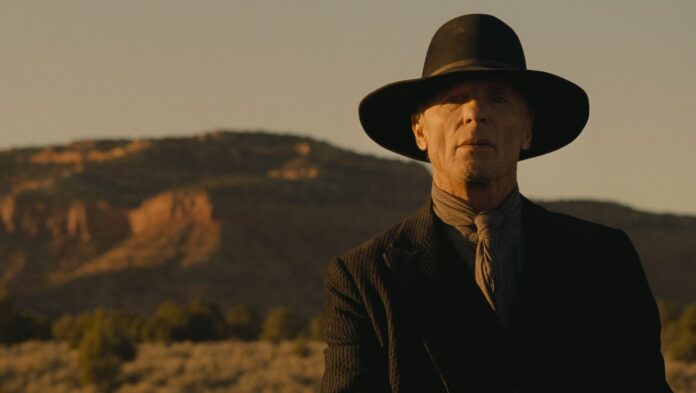 Ed Harris is one of our most accomplished actors, a true benefit to just about every film he’s in. But he’s also quite a filmmaker when he wants to be, and has previously directed award-winning film Pollock, and a personal-favorite Western, 2008’s Appaloosa. Now he’s back behind the camera for an adaptation of The Ploughmen, and has already found his two stars.

Deadline reports Harris will direct Robert Duvall and Garrett Hedlund in The Ploughmen, based on the novel by Kim Zupan. Also in the cast are Amy Madigan and newcomer Lily Harris. The story, adapted by Harris, follows on the unexpected friendship between a troubled young deputy sheriff and a notorious murderer as the latter sits in a county jail.

For the legendary Duvall, this will be his first role since 2018’s Widows. Hedlund can be seen right now in The United States vs. Billie Holiday. Filming on The Ploughmen begins in May.