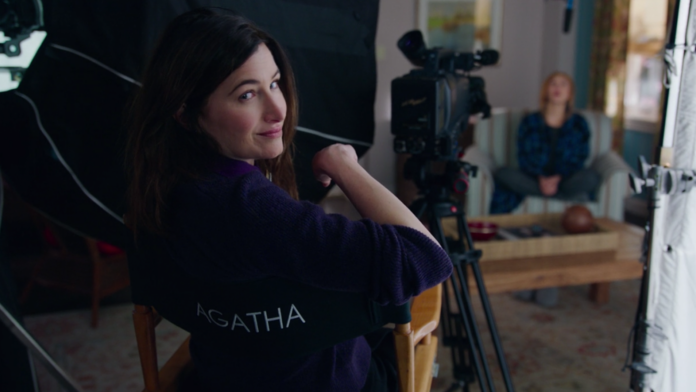 Hey look, if you aren’t caught up on WandaVision just back out now because these Funkos are definitely SPOILERS!

WandaVision has been full of surprises, and now Funko has decided to bring two of the biggest to life in Pop! Vinyl form! Funko has unveiled new figures for “Agnes”, played by the great Kathryn Hahn, and a new white-form Vision, as seen in the mid-credits sequence from the last episode.

Of course, we know that Agnes is actually the powerful mage Agatha Harkness, and she definitely has plans for the newly-christened Scarlet Witch. As for the white version of Vision, he’s completely emotionless in the comics and that does not bode well for him as the star of a sitcom. Sorry, Wanda!

There’s also a Chase Glow-in-the-Dark version of the Vision with a blue and black color scheme that looks pretty cool.

One more major cameo remains in the series and I’m betting Funko has something in mind for that, too.

Coming soon: Marvel Studios’ WandaVision – Vision and Agatha Harkness!
Keep an eye on our channels for details on where The Vision (Glow) exclusive will be heading in the U.K. & Europe. pic.twitter.com/qN5RsaEUzR