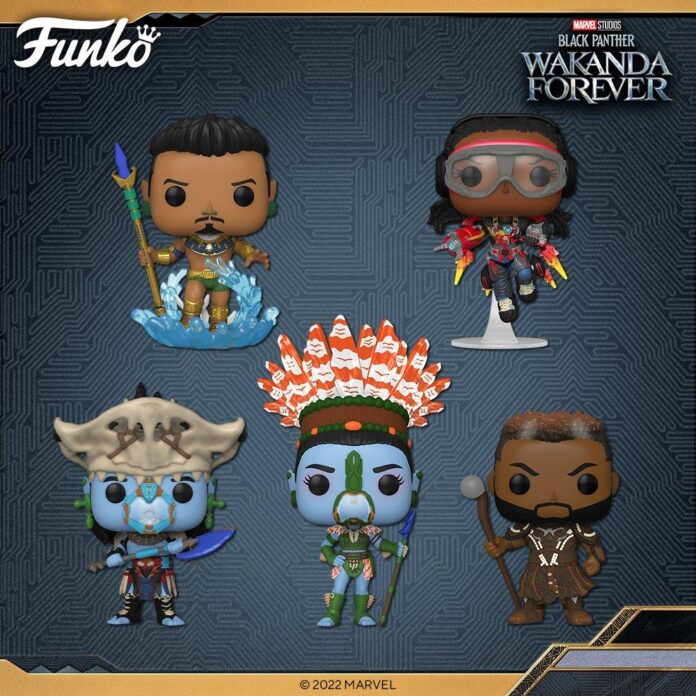 Yesterday, Marvel revealed the long-awaited trailer for Black Panther: Wakanda Forever! And what journey back to the Motherland would be complete without a new round of Funko Pops for the sequel, including one for Namor as he makes his first appearance in the MCU!

Revealed today were Funko Pops for Namor the Submariner, king of Atlantis, played by Tenoch Huerta! We also get one for Namor’s cousin, Namora, and the aquatic villain Attuma!  Even the returning favorites got some badass upgrades. Shuri looks like she’s ready to take on the role of defender in her Sunbird vehicle. The mighty M’Baku has a new Funko Pop, the same with the regal Queen Ramonda, while Nakia and Okoye are sporting brand new gear.

But the one that I think people are most looking forward to is Riri Williams aka Ironheart. Played by Dominique Thorne, the teenaged genius looks killer in her MK1 armor!

All of these Funkos are available for preorder right now from our friends at Entertainment Earth! They have the best deals, the best prices, and the best shipping policy around. Order yours from any of our included links, and we get  a small percentage of the sale. We are a small, independent company and your support of our sponsors helps us greatly.