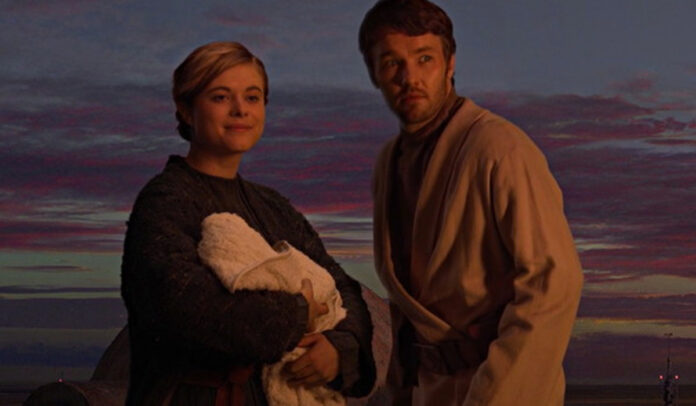 Fans have been buzzing for more Obi-Wan Kenobi ever since a movie was rumored to be happening a few years ago. Those plans eventually became a Disney+ series, with Ewan McGregor donning the Jedi cloak once again. And now Lucasfilm is ready to roll on that series, announcing some huge new additions to the cast as well as an official synopsis.

The additions of Edgerton and Piesse are notable because they played Owen and Beru in Revenge of the Sith. They’re Luke Skywalker’s doomed uncle and aunt, given custody of the boy at a young age before being killed by Imperial troopers, setting off the events of A New Hope.  And of course, Christensen is Anakin Skywalker himself, so that’s going to be crazy to see him reunited with McGregor.

Others in the cast jump right out at you. Nanjiani is the comedian who scored such a huge hit with The Big Sick, and is set to star in Marvel’s Eternals. Jackson is the son of Ice Cube and star of Straight Outta Compton. Safdie is one half of the directing duo behind Uncut Gems and Good Time, which makes you wonder if he’ll also direct some Obi-Wan episodes, as well. And Kang is best-known to Fast & Furious fans as Han, due to return for F9. Wow.

Here is the new synopsis that’s been released: “The story begins 10 years after the dramatic events of Star Wars: Revenge of the Sith where Kenobi faced his greatest defeat, the downfall and corruption of his best friend and Jedi apprentice, Anakin Skywalker turned evil Sith Lord Darth Vader.”