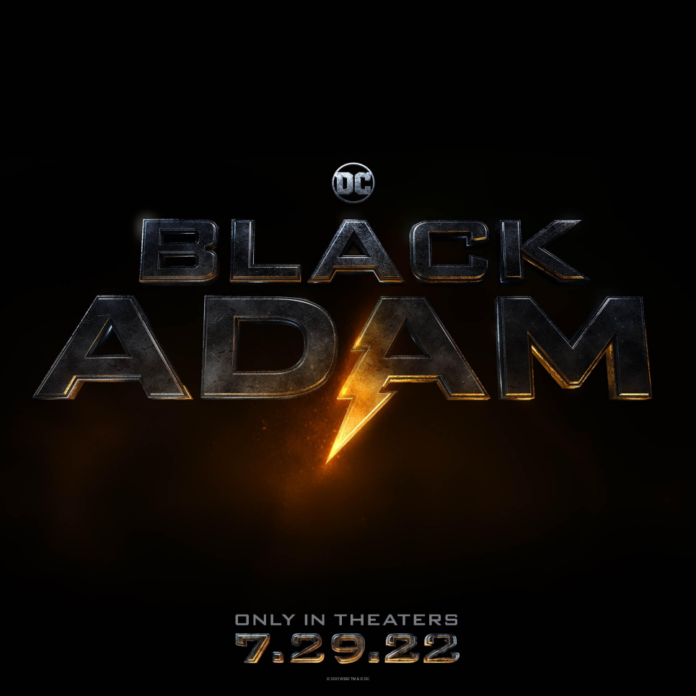 There are only a handful of people I think could single-handedly take over Times Square, and Dwayne Johnson is one of them. The Rock did so yesterday to make reveal that his long-in-the-works Black Adam movie has found a new release date: July 29th 2022. The Warner Bros. film had originally been due to open this Christmas, but has faced multiple delays that not even the People’s Eyebrow could prevent.

The timing makes sense. We’ve seen a flurry of casting news over the weeks, mainly filling out the Justice Society of America heroes that, we assume, Black Adam will be facing. Pierce Brosnan was recently set to play Dr. Fate, with Aldis Hodge as Hawkman, Quintessa Swindell as Cyclone, and Noah Centineo as Atom Smasher. Also due for roles are r Sarah Shahi and The Old Guard‘s Marwan Kenzari, although who they’re playing is unclear. Behind the camera is Jaume Collet-Serra, who has worked with Johnson on Disney’s Jungle Cruise movie.

The hierarchy of power in the DC Universe is about to change. #BlackAdam⚡️#ManInBlack @blackadammovie pic.twitter.com/MvqadvulSR

Black Adam faces competition on July 29th from Indiana Jones 5, which tells me WB has no worries Disney will actually stick to that date. July is also the same month set aside for Black Panther 2 and Fantastic Beasts 3.

This also makes four DCEU movies in 2022, joining The Batman on March 4th, The Flash on November 4th, and Aquaman 2 in December. I wouldn’t be surprised if at least one of those gets moved around.