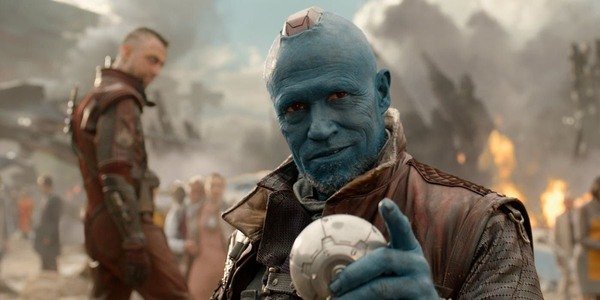 Sadly, when the Guardians of the Galaxy return, they’ll be without Michael Rooker’s blue-skinned Ravager, Yondu. Not that it should come as any surprise given the way things turned out for him in the previous film, but the space pirate definitely won’t be coming back according to director James Gunn.

This is something both Gunn and Rooker have talked about before, with both in agreement that Yondu should stay dead. But it was re-emphasized by Gunn in a tweet to a fan asking the question…

As I’ve said before, Yondu is dead & will stay dead as long as I’m involved with the Guardians. His death means something to people & I’m not about to diminish that. https://t.co/27Xem0vX7l

The fan’s question isn’t totally out of left field. We are talking Marvel superheroes after all, right? They come back all of the time. Just look at Quicksilver…oh wait.

I think Gunn has the right idea, though. Yondu made the heroic sacrifice to save Star-Lord in Guardians of the Galaxy 2. Having him come right back would undermine the whole thing.

Gunn recently wrapped up on The Suicide Squad and has turned his attentions to Guardians of the Galaxy Vol. 3 which arrives in 2023.