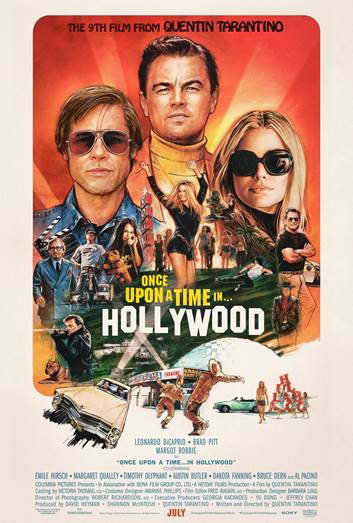 We’re happy to offer our DC readers the chance to attend a free early screening of Quentin Tarantino’s anticipated 9th film, Once Upon a Time in Hollywood. It stars Leonardo DiCaprio, Brad Pitt, and Margot Robbie along with an all-star supporting cast.

SYNOPSIS: Quentin Tarantino’s Once Upon a Time… in Hollywood visits 1969 Los Angeles, where everything is changing, as TV star Rick Dalton (Leonardo DiCaprio) and his longtime stunt double Cliff Booth (Brad Pitt) make their way around an industry they hardly recognize anymore.   The ninth film from the writer-director features a large ensemble cast and multiple storylines in a tribute to the final moments of Hollywood’s golden age.


The screening takes place on Wednesday, July 24th at 7:00pm at AFI Silver Theater. If you’d like to attend, simply go to the Sony Pictures site here. Please remember all screenings are first come, first served and you’ll need to arrive early to ensure seating. Enjoy the show!

Once Upon a Time in Hollywood opens July 26th.