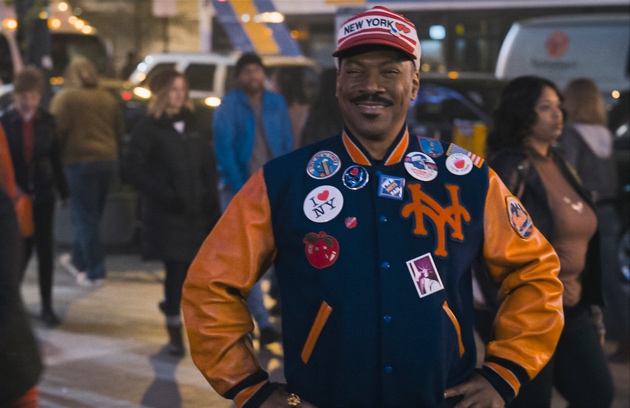 Think about how different Coming 2 America would’ve been if they had done the sequel 30 years ago rather than now. The passage of time played a big role in the story we got, as Eddie Murphy’s Prince Akeem was much older, not-so-much wiser, but now in the role of king with a son he never knew about. So what’s next? A passing of the crown, so to speak? Whatever it is, Murphy says fans are going to be waiting a long time for it. Waiting 16 years, to be exact.

Appearing on Live with Kelly and Ryan, Murphy talked about plans for Coming to America 3. He says there is a storyline idea that he has, but he’ll need to be much older to pull it off…

Really? Can’t they just pile on the make-up and prosthetics the way they do for every Eddie Murphy movie? My guess is he’s being facetious here, and that what he actually means is that certain members of the cast will need to be of a certain age.

Will Akeem be the wise king in the winter of his rule, similar to the role played by James Earl Jones? Will we see Jermaine Fowler’s character take over as king of Zumunda? Or perhaps Akeem’s eldest daughter played by Kiki Layne? The question is what reason will they come up with for a return trip to Queens, NY?

Coming 2 America is available now on Amazon Prime, and don’t worry, if the money’s right Murphy will do a sequel in no time.