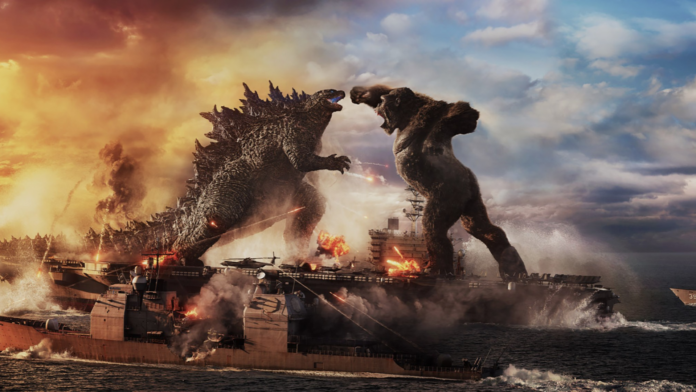 If you’re going to name a film Godzilla vs. Kong, that shit better deliver on titanic kaiju slugging it out. So far, it looks like Warner Bros. and Legendary are going to live up to the promise of their epic crossover film, because this latest teaser is basically one big slug fest.

Okay, there’s a little bit more than that. We do get more footage of Kaylee Hottle as Jia, who seems to share a similar connection to Kong as Millie Bobby Brown’s character Madison has with Godzilla.

But mainly this is about the clash between two cinematic juggernauts, and we get plenty of new footage of their fight in the middle of the ocean. My only fear is that they are giving away too much of it, and that the story holding it together won’t be that compelling.

Warner Bros. will release Godzilla vs. Kong in theaters and HBO Max on March 26th.

Their fight. Our world. #GodzillaVsKong in theaters and streaming exclusively on @hbomax* March 31. Find the biggest screen possible!

*Available on @hbomax in the US only, for 31 days, at no extra cost to subscribers. pic.twitter.com/KlM4vTSkCw

Legends collide in Godzilla vs. Kong as these mythic adversaries meet in a spectacular battle for the ages, with the fate of the world hanging in the balance. Kong and his protectors undertake a perilous journey to find his true home, and with them is Jia, a young orphaned girl with whom he has formed a unique and powerful bond. But they unexpectedly find themselves in the path of an enraged Godzilla, cutting a swath of destruction across the globe. The epic clash between the two titans—instigated by unseen forces—is only the beginning of the mystery that lies deep within the core of the Earth.