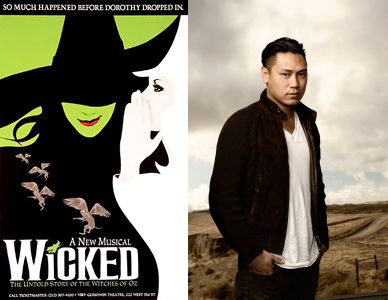 Last week we told you the sad news that Jon Chu was leaving the Disney+ Willow series, today it seems like we know more about why or at least what he’s doing instead. Chu parted ways with Willow due to COVID delays and the fact that he just welcomed a new baby into the world. A film adaptation is much less on your shoulders (I’d imagine) then running a series. Universal is working on a feature adaptation of the wildly popular Broadway musical Wicked (which itself was an adaptation of Gregory Maguire’s novel of the same name), and Chu has been announced as the film’s director. Musical’s seem to be Chu’s groove as of late, his upcoming In The Heights is one of the most buzzed about projects of the summer this year, that film is a musical adaptation of a Lin Manuel Miranda project.

Honestly, I’m just happy that Wicked is finally being adapted. I was never a huge ‘Oz’ fan but seeing the story we all know and love from the POV of the Wicked Witch was an amazing experience. I’ve already tempered my expectations, something that has to be done on film adaptations of Broadway hits. The magic, all too often, lies in being there and seeing the story play out in front of you so the film adaptations are often “missing something” ala Rent. As I mentioned earlier we will soon know if Chu, who has been an amazing director up to this point, has what it takes to retain that magic from stage to screen when In The Heights hits. As soon as we get a good look at that I’ll feel safe in letting my expectations run rampant.