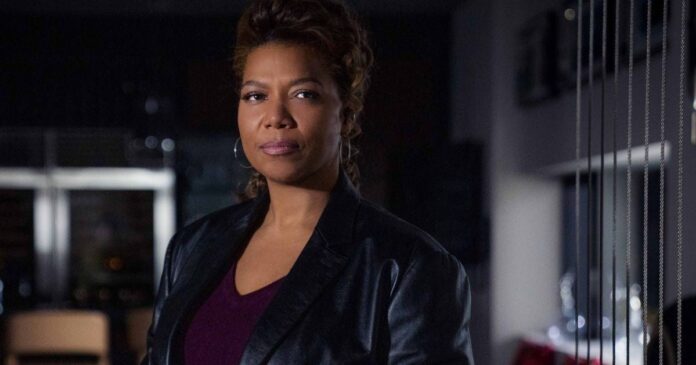 The Equalizer is back!!! No, Denzel Washington and Antoine Fuqua didn’t shoot a third film, although considering how well they do there will almost certainly be one. And to the best of my knowledge, nobody resurrected the original protector of the innocent, Edward Woodard, of the 1980s TV series. But The Equalizer is indeed back with Queen Latifah reviving the character for a brand new audience.

In the trailer for the CBS revival of The Equalizer, Latifah takes on the role of Robyn McCall, a divorced single mother with a mysterious past and a set of badass skills which she uses to protect those who can’t protect themselves. The basic contours of the franchise remain in place, although having McCall as a mom to a teenage daughter adds a new wrinkle that will open up new types of stories.

Co-starring in the show are Chris Noth, Lorraine Toussaint, Tory Kittles, Liza Lapira, and Adam Goldberg. Richard Lindheim created the series with Latifah, having been part of the original, as well.

The Equalizer debuts following the Super Bowl on February 7th.

Queen Latifah’s new drama is set to premiere at a date and time with no equal – immediately following the Super Bowl! In the reimagining of the classic series, Latifah stars as Robyn McCall, an enigmatic woman with a mysterious background who uses her extensive skills to help those with nowhere else to turn.