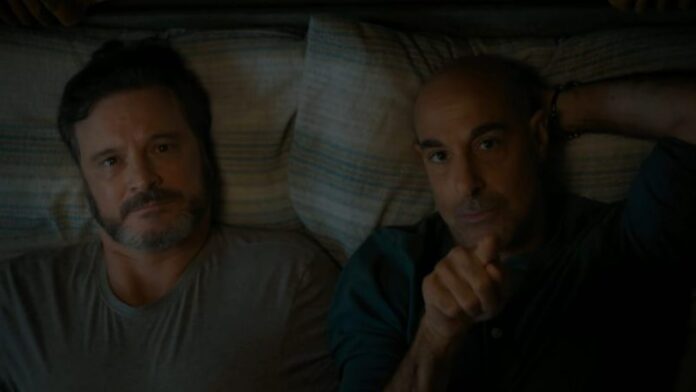 You’ll be hard-pressed to find two better actors on the planet than Colin Firth and Stanley Tucci. They’re capable of making you feel, through the power of their performances, pretty much anything they want. And with a bittersweet romance like Supernova, a film that is creeping into the awards discussion, you can bet the tears are going to flow.

Directed and written by Harry Macqueen (Hinterland), the film follows Sam (Firth) and Tusker (Tucci), partners for two decades, who embark on a road trip across Europe to visit family and friends when the latter is revealed to be suffering from dementia and may not have long left.

Yep, get the Kleenex ready for this one.

Also in the cast are James Dreyfus, Pippa Haywood, and Sarah Woodward.

Sam (Academy Award winner Colin Firth) and Tusker (Academy Award nominee Stanley Tucci), partners of twenty years, are traveling across England in their old camper van visiting friends, family and places from their past. Following a life-changing diagnosis, their time together has become more important than ever until secret plans test their love like never before.