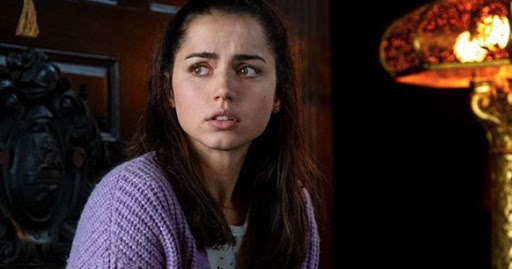 While it may seem like Ana de Armas was an overnight success thanks to her incredible performance in Knives Out, the reality is every role before that has built on the last, until she climbed the ladder to be the sought-after star she is now. With a ton of major projects coming up, de Armas has added arguably the biggest that Netflix has coming up, The Gray Man.

Ana de Armas is joining her Knives Out co-star Chris Evans and Ryan Gosling in The Gray Man, a $200M film directed by Marvel heavy-hitters the Russo Brothers. Co-written by the Russos and fellow Marvel alums Christopher Markus and Stephen McFeely, the story follows “freelance assassin and former CIA operative Court Gentry. The action thriller will follow Gentry (Gosling) as he’s hunted across the globe by Lloyd Hansen (Evans), a former cohort at the CIA.”

Mark Greaney wrote the 2009 novel that launched an entire series of Gray Man books, with Netflix hoping this adaptation will lead to a blockbuster franchise.

It’s going to be a busy year for de Armas, partially due to films being delayed by the pandemic. She’ll star alongside her beau Ben Affleck in Deep Water, and will finally be seen in the upcoming James Bond film, No Time to Die. Finally, she’ll play screen legend Marilyn Monroe in Andrew Dominik’s long-awaited Blonde. [Deadline]