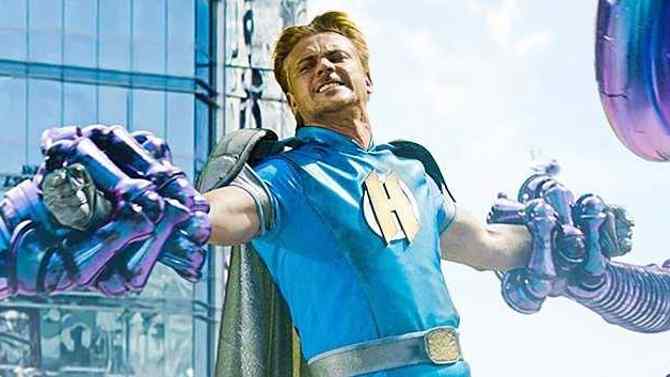 It’s been a while since we’ve heard anything about Robert Rodriguez’s upcoming Netflix film, and sadly, it’s not a sequel to Alita: Battle Angel. But there’s a lot of reason to be excited about We Can Be Heroes, a kid-friendly superhero film with a cast led by The Mandalorian’s Pedro Pascal, Priyanka Chopra, Sung Kang, Boyd Holbrook, and Christian Slater. And now with the first images dropping thanks to EW, we have another reason to look forward to it, because this is no mere standalone film, but a “spiritual sequel”.

The first images from We Can Be Heroes includes Holbrook as a hero who appears to be in a great deal of trouble. The story, which we now know is set in the same universe as Rodriguez’s 2005 film The Adventures of Sharkboy & Lavagirl, follows the children of The Heroics, Earth’s mightiest superheroes as they team up to rescue their parents and save the world. One of those kids happens to be the daughter of Sharkboy & Lavagirl.

We also see some of the kids themselves, led by Yaya Gosselin as Missy, who is the daughter of Pascal’s character, Marcus Moreno, who is on the verge of retirement. He is included in another image with Slater in the background.

Another image has Chopra as Ms. Gradenko, and judging by her tight business suit and pair of lackeys behind her, I’m guessing she’s a villain?

Clearly, this is meant to keep children busy the same way Rodriguez’s Spy Kids franchise did. With parents looking for ways to keep the kids entertained during pandemic, the timing couldn’t be better.

We Can Be Heroes has yet to be given a date, but these photos suggest a trailer could be on the way. Rodriguez will also be directing Pascal in an upcoming episode of The Mandalorian.