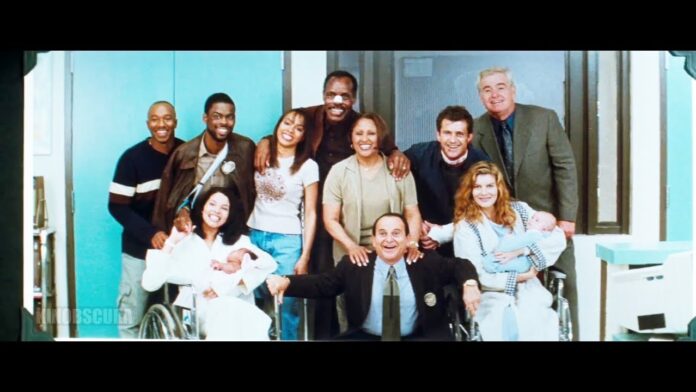 At the begining of the year we brought you a story, that I didn’t believe, that Lethal Weapon 5 was in the cards. I honestly thought that’s the last we would have heard of it. Then Fatman debuted and Mel Gibson went on GMA to do press, when asked about the franchise that made him an icon Gibson said:

“No, absolutely. And the man who was behind all that, the man who brought it to the screen and gave it its, the goodies, is working on it right now: Richard Donner. He’s a legend.”

First of all, I’m amazed that their sending Gibson on press tours, you know at least half of the interviewers will try to make it about his drunken anti-semetic outburst from 15 years ago. Second, I have to reiterate something from my first time talking about this sequel, Gibson is 64 and Danny Glover, 74. I mean, Murtaugh was weeks from retiring in the first movie…in 19-eighty freaking 7, and now what? He’s still on the force? Pulled back into it to solve the mystery of the missing adult diapers?

The obvious answer is that they won’t be in the action but will be passing the torch or something to a younger duo. Lethal Weapon 4 was one of the few franchises that had a truly satisfying ending with no loose ends. This all together makes me ask the question, what’s the point?