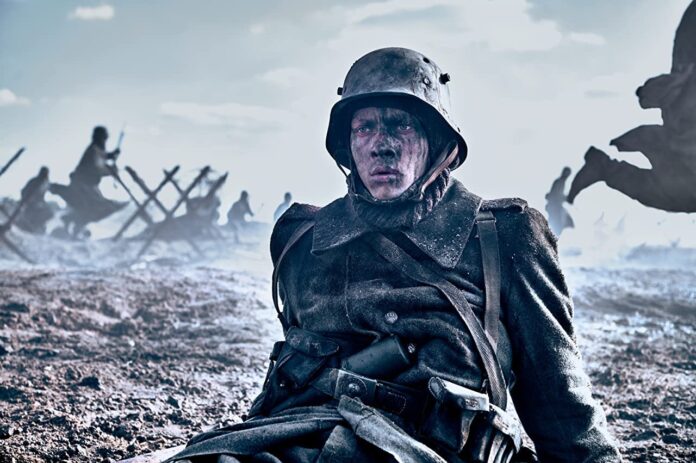 This past weekend at Middleburg Film Festival I had multiple people telling me I needed to add All Quiet On the Western Front to my busy schedule. And I would’ve, but knowing the original source material and the classic 1930 war movie, there was no way I would start my day with something I knew would be a grim experience. But based on the reviews out of the festival and TIFF as well, we could be looking at a frontrunner to win Best International Feature at the Oscars.

Set during WWI, the film centers on a group of young, idealistic German soldiers whose romanticized ideas of war are quickly shattered by the brutal reality.

All Quiet On the Western Front is in select theaters now, and hits Netflix next week on October 28th.

It’s 1917 and wartime in Germany, as Paul Bäumer lies about his age so that he can enlist alongside his friends — all of them very young men filled with romanticized, patriotic notions. The reality of war almost immediately dismantles their exuberance. Soon (too soon) Paul is thrown into a trench, with little equipment, minimal training, and the swiftly repaired uniform of another soldier on his back. Only the hardy advice of an older veteran prevents him from becoming another hapless statistic on his first day.