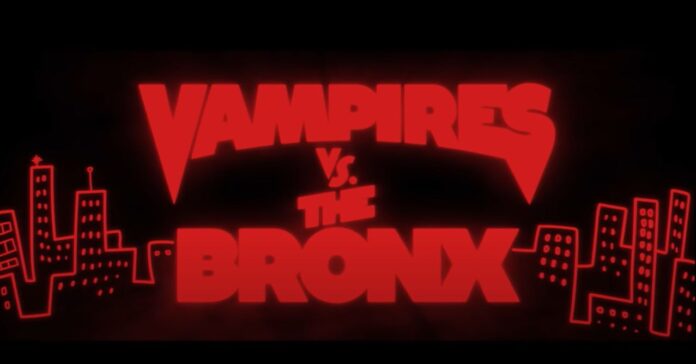 Ohhh I love this SO much! Netflix truly is doing the Lord’s work with their upcoming original feature Vampires Vs. The Bronx which, based on the trailer below it seems like a perfect mix of Attack the Block and The Monster Squad. Movies like this used to come out once a month at least, but as studios started moving toward blockbusters these low-medium budget genre films geared toward a younger audience were come of the first casualties. We’ve talked on here at length about how Netflix is bringing back the rom-com and the mid-budget action film, and here’s just one more thing that’s been saved. All this, and I haven’t even talked about the movie itself yet, which seems to not only be fun but layered in alot of ways that other movies of this kind fail to be. The setup is this, Jaden and his friends, a group of adolecents in the Bronx, start to notice signs of impending gentrification…as they put it “white people with canvas bags” around the neighborhood. It’s not long before they are proven partially right, there are white people invading their neighborhood…it’s just that they are white because they are undead blood-sucking vamps! I could barely contain my excitement when the trailer cuts to some scenes that I’m going to bet are from a preparation montage!

Check out the trailer below and look for  Vampires Vs. The Bronx on Netflix October 2nd, 2020!