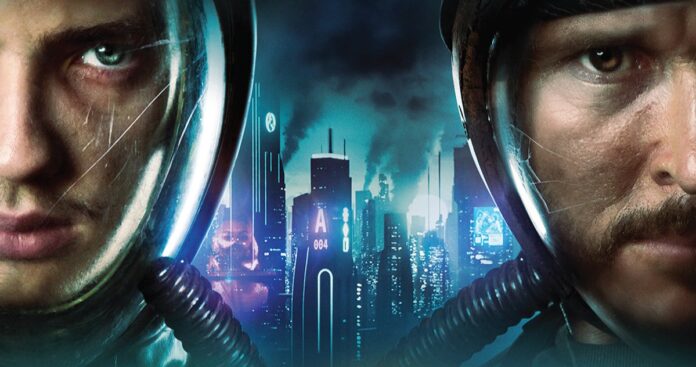 Just ask the people of California who woke up two pitch orange skies caused by acres of wildfires; climate change is a real thing. And Hollywood is responding to it by…making more movies warning of the dangers of doing nothing. Well, at least it’s something, I guess. The trippy new sci-fi film 2067 is another that threatens the extinction of all humanity if something isn’t done.

Starring Kodi Smit-McPhee, 2067 takes place in a future in which climate change has destroyed all of the natural oxygen in the air, forcing humanity to exist on artificial air. When something goes wrong and those who breathe it come down with a mysterious illness, an ordinary man is sent a message from the future that he is the only one who can stop it.

This looks pretty cool to me. I’m a big fan of Kodi Smit-McPhee for his portrayal of Nightcrawler in the X-Men movies, his performances in Slow West, Dolemite Is My Name, and the underrated film Alpha.

SYNOPSIS: By the year 2067, Earth has been ravaged by climate change and humanity is forced to live on artificial oxygen. An illness caused by the synthetic O2 is killing the worlds’ population and the only hope for a cure comes in the form of a message from the future: “Send Ethan Whyte”. Ethan, an underground tunnel worker, is suddenly thrust into a terrifying new world full of unknown danger as he must fight to save the human race.

Review: ‘Dark Phoenix’, The X-Men Go Out With A Bamf Rather Than A Bang