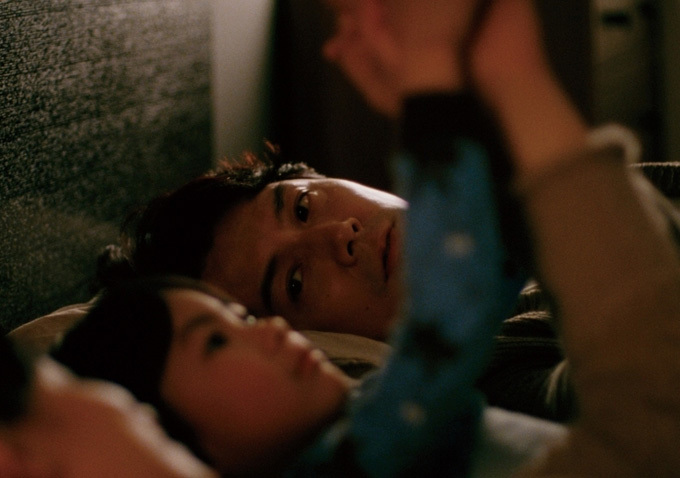 I already loved Lulu Wang’s breakout dramedy The Farewell, and would’ve made it Best Picture if I could. And now she’s doing something few filmmakers dare to do, which is attempt an Engligh-language remake of a movie by my favorite director right now, Hirokazu Koreeda. Observer reports Wang is set to direct a new version of Koreeda’s complex family drama, Like Father, Like Son.

A source close to Focus Features confirms the news of Wang’s involvement in the remake. 2013’s Like Father, Like Son is the movie I turn to most when asked why Koreeda is so beloved. The film centers on two Japanese families on opposite ends of the economic spectrum, who discover their 6-year-old sons had been switched at birth. What do they do? Should they return the boys to their rightful parents and upend the lives they’ve always known? To do so would considerably help the future prospects of one, while significantly hurting the other. And that’s without considering the impact on the adults.

The cultural influences on such a monumental family decision is something Wang should be perfect for exploring, just as she did in The Farewell. She’ll be working with playwright Sarah Ruhl, who will pen the screenplay. It’s unclear what changes will be made to the story to suit an American audience, but there’s plenty of room to play around there and mix things up.

A previous attempt to remake Like Father, Like Son from About a Boy duo Paul and Chris Weitz fell through at Dreamworks. Thank goodness for that.

Next up for Wang is The Expatriates, an Amazon series starring Nicole Kidman. She also has a mysterious sci-fi film Children of the World in the works.

Interview: Lulu Wang On Refusing To Compromise On ‘The Farewell’, Casting Awkwafina, And More