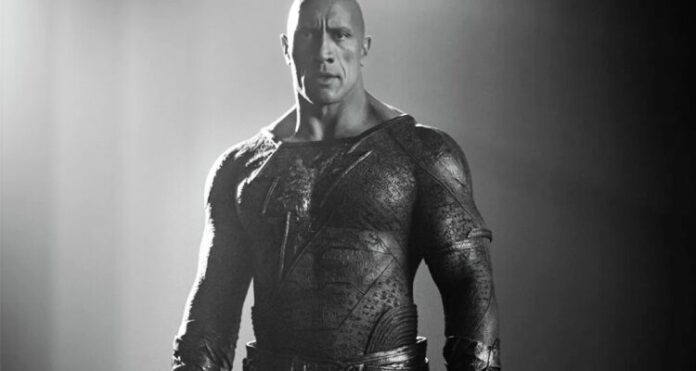 We are definitely in the final stretch before Black Adam smashes into theaters. And that’s exactly what star Dwayne Johnson wants the big superhero movie to do; smash its way into theaters. He’s been behind this project for a lot of years, and clearly, he’s driven by the chance to play a character who isn’t a good guy at all, but one with a very dark side.

Vanity Fair has dropped a batch of stunning black & white images from Black Adam. These are cool because they really allow you to catch the details in the costumes. Not only do we get to see Johnson as all-powerful antihero, but members of the JSA including Pierce Brosnan as Dr. Fate, Aldis Hodge who looks spectacular as Hawkman, Quintessa Swindell who is equally impressive as Cyclone, and Noah Centineo as Atom Smasher.

“Superman won’t kill anybody. There’s a code that he lives by and he honors,” Johnson said in an interview. “Black Adam has a unique code of ethics too. He will not hesitate—and I like to have a little fun when I’m explaining this—to rip somebody in half. Literally, he’ll grab someone by the neck and by the thigh and then rip them up, tear them apart.” That’s something Clark Kent/Superman would never dream of doing. For Black Adam, though, ripping an enemy in half is just another day at the office. So, yeah, Black Adam is a dark character.

“The Black in Black Adam refers to his soul”, joked Johnson.