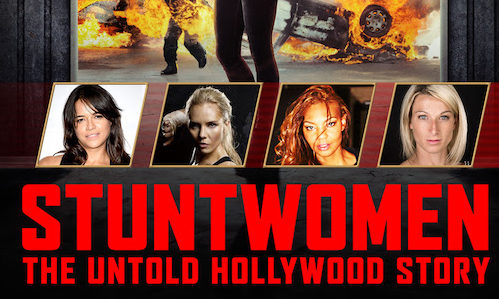 If anything should’ve been learned by Zoe Bell’s awesome Boss Bitch Battle, it’s that a whole world of incredible stunt ladies are out there making movies more exciting. Perfect timing for the new documentary, Stuntwomen: The Untold Story, which gives these incredible performers their moment in the spotlight.

SYNOPSIS: STUNTWOMEN: THE UNTOLD HOLLYWOOD STORY is the inspiring untold story about the unsung professionals, their struggles on screen to perform at the highest level, and their fight off-screen to be treated fairly and equally. The movie takes us behind-the-scenes and introduces us to the female stunt performers who drive the action and thrills of Hollywood’s biggest blockbuster movies from the silent age of cinema to present day.