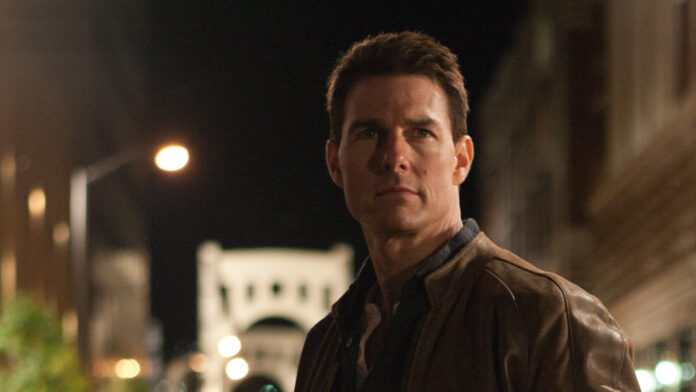 This rumor is almost too good to be true, which means it almost certainly is. So y’know, grain of salt and all that. But The Illuminerdi (ugh) say Tom Cruise is trying to find time in his busy schedule jumping off of buildings or blasting himself into space to join the star-studded cast of Red Notice. What’s Red Notice? That’s the Netflix film that already stars Dwayne Johnson, Gal Gadot, and Ryan Reynolds.

Red Notice is a Netflix joint, so it’s not like they’re short on cash to throw Cruise’s way. Still, it would be the biggest get ever to get Cruise under their umbrella alongside such a high-powered cast. However, it’s said that his role would be a cameo that could possibly set him up for more in a sequel.

The site adds that if they can’t sign Cruise, a star of “similar magnitude” will be sought. So clearly producers see something big in this part that they’ll want to build on.

Red Notice is directed by Rawson Marshall Thurber, his third collaboration with Johnson after Central Intelligence and Skyscraper. The title is based on the INTERPOL signal to locate and arrest a criminal wanted by an international tribunal. Johnson plays an INTERPOL agent hot on the trail of Gadot’s art thief, with Reynolds as the world’s greatest con artist.

The film was originally set to hit theaters in June 2020, before being moved to November. When Netflix acquired the rights from Universal they pushed it to a later date that has yet to be revealed.