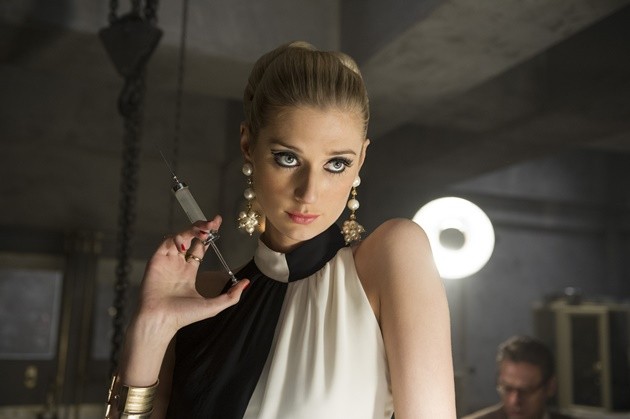 There’s been a lot of love shown to Elizabeth Debicki here over the last few weeks, and for good reason. Nobody has been on more of a roll lately, with her cool-as-ice roles in The Burnt Orange Heresy and Christopher Nolan’s Tenet, two that have the slick veneer of a spy movie. Well, how about just letting Debicki play a real-life spy herself? She’s long overdue.

Fortunately, that’s what we’re getting. Variety reports Debicki will star in limited series Code Name Hélène, about real-life spy Nancy Grace Augusta Wake.  A New Zealand nurse and journalist, Wake left it all behind to join the French Resistance and Britain’s Special Operations Executive during WWII. Debicki will also exec-produce, working with the company behind True Detective.

On the role, Debicki said “Nancy Wake was an astonishing New Zealand-born, Australian-bred woman of incredible courage, ingenuity, and wit. Her heroic actions during WWII are, in my opinion, too little known. As an Australian, I am delighted to come on board this production as both actress and executive producer to tell her utterly unique story.”

The SOE is getting a lot of attention lately. Another film, A Call to Spy, also centers on Churchill’s branch of female operatives attacked Hitler’s forces from the shadows.

The ways of spycraft are familiar to Debicki, who previously starred in The Man from UNCLE and the Emmy-winning series, The Night Manager. On top of everything she already has coming up, Debicki will also play Princess Diana in the final two seasons of The Crown.