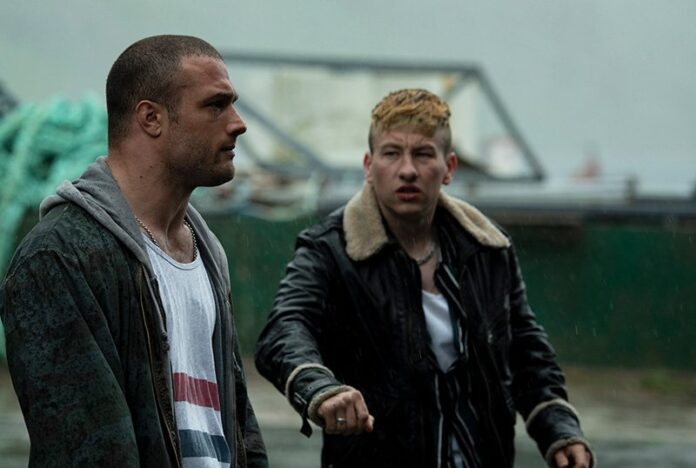 Originally titled Calm with Horses, the Irish crime drama The Shadow of Violence premiered at TIFF last year. While its debut was overshadowed by bigger films, it arrives later this month to a very different landscape and boosted by strong reviews for stars Barry Keoghan and Cosmo Jarvis.

The Shadow of Violence is led by Jarvis, playing a former boxer who now works as an enforcer for a drug cartel. But his loyalty is pushed to the limit when he’s asked to kill someone rather than just beating some sense into them.

Keoghan is a known commodity at this point, with his roles in ’71, Dunkirk, and American Animals. Jarvis may be unfamiliar, although he’s appeared in big films including Hunter Killer, Annihilation, and Lady Macbeth.

Directed by Nick Rowland, The Shadow of Violence hits theaters on July 31st.

SYNOPSIS: In the dark underbelly of rural Ireland, ex-boxer Douglas “Arm” Armstrong (Cosmo Jarvis, Hunter Killer) has become a feared enforcer for the drug-dealing Devers family. When his ruthless employers order him to kill for the first time, his loyalties are tested in this powerful thriller costarring Barry Keoghan (Dunkirk) and Ned Dennehy (“Peaky Blinders”).