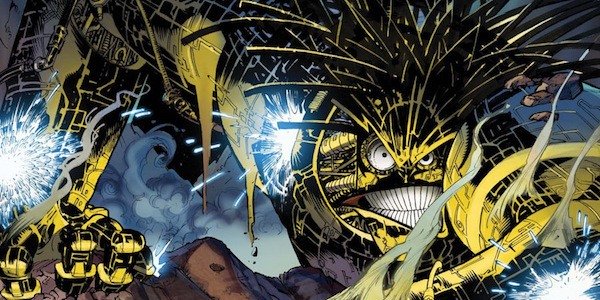 It’s no secret that Josh Boone had big plans for The New Mutants. When he originally came aboard, the film was part of the long-running X-Men franchise for 20th Century Fox at a time when they were expanding with movies such as Logan and Deadpool. New Mutants would’ve done something different, as well, sparking a trilogy of horror movies featuring the teenage mutants.

Well, then Disney happened. The movie is now all but assured to be a standalone, with little chance it will fit into the MCU. However, Boone still has those ideas of what could’ve been, and he tells Slashfilm all about them. He was going to add my favorite New Mutant of all, the techno-organic alien Warlock, in the sequels that will now never happen. *sniffle*

“So after I made [The] Fault [in Our Stars], I ran back to Fox and said, “You’ve gotta let me develop New Mutants.” Knate and I made them a comic book, which was like a PDF where we’d gone and taken frames from all these comics we love and strung them into a vision for what the series was going to be. The characters we chose were always the characters – we had plans, obviously, to bring in new characters in the next movie – the character of Warlock was featured in all the early drafts of the script, but it was so expensive that we weren’t able to do it. Basically, cutting him out of the narrative allowed us to make the film. So our plan was always to have Warlock come back in the next one and try to tell his story then. They were all supposed to be kind of separate horror genre films: the first one’s like a rubber reality horror movie, the second one was supposed to be an alien invasion movie with Warlock, and then the third one was going to take all these elements from the X-Men crossover from the late ‘80s and early ‘90s called Inferno to be a kind of supernatural, apocalyptic horror movie. That was the plan.”

I’m imagining the New Mutants team, with Warlock by their side, battling the alien’s evil father Magus and a horde of invaders throughout New York City.  Gives me the chills at the possibilities! Perhaps Kevin Feige and Marvel Studios will let Boone do something else with the X-Men at a later time, but I think it all depends on how well The New Mutants is received when it opens on August 28th.