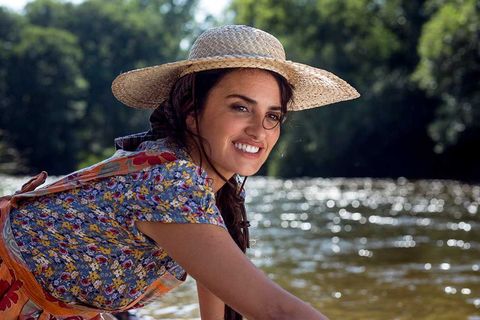 Spanish auteur Pedro Almodovar is long overdue to make his English-language debut, which we recently learned would be an adaptation of Lucia Berlin’s A Manual for Cleaning Women. However, that film is being delayed because of, you guessed it, COVID-19, and so the filmmaker will first go back to his roots with a Madrid-set film about mothers, and starring his forever muse, Penelope Cruz.

According to Spanish site El Pais (via TheFilmStage), Almodovar will followup his acclaimed drama Pain & Glory with a new film titled Madres Paralelas, which translates to Parallel Mothers. In the works for nearly a decade, the film was specifically written for Cruz, who says it will explore “the feminine world of new mothers, of mothers who are raising children in the first and second year.”  The story centers on two women in Madrid who give birth on the same day, and find their lives headed in parallel trajectories.

With Spain beginning to lift restrictions, the plan is for Almodovar to begin shooting early next year. Does that mean it could be ready for next year’s awards race? I’m sure that’s what he’s betting on.