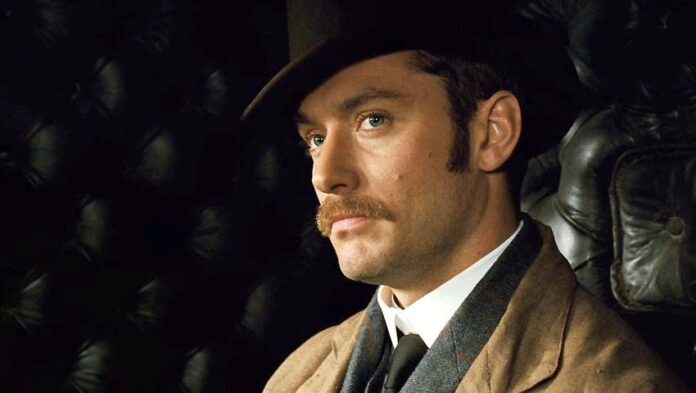 Another Peter Pan movie? Yeah, they don’t seem to be going away even though the last few haven’t done very well. The latest, Disney’s Peter Pan and Wendy, is set to be directed by David Lowery who they know quite well from their Pete’s Dragon remake, and now it appears the film has landed its first big name in Jude Law.

Variety reports that Jude Law is in talks to star in Peter Pan and Wendy, and he’ll be causing trouble as the villainous Captain Hook. The live-action film is Disney’s first attempt to adapt the classic J.M. Barrie story in that form, although their 1953 animated feature remains a classic.  Basically, this is just Disney plucking through the archives to see what else they can turn into a blockbuster remake, and at this point who can blame them?

Law seems to have focused this stretch of his career on starring in the biggest movies he can, such as Captain Marvel and Fantastic Beasts. That said, he’s mixed in some smaller ones such as the recent assassin flick The Rhythm Section, and Sean Durkin’s The Nest which opens this fall. At some point he’s also due to return for Sherlock Holmes 3.

Last we heard of Peter Pan and Wendy was a rumor that said Disney was eyeing Joaquin Phoenix and Margot Robbie for roles. I’m pretty sure that turned out to be complete nonsense, but who knows?

Peter Pan adaptations haven’t really fared well, so it’ll be up to Disney to turn that around. The most recent was Wendy, from Beasts of the Southern Wild director Benh Zeitlin, while Joe Wright’s 2015 film Pan was a complete flop. It’s a shame the standard seems to be Steven Spielberg’s Hook, with Robin Williams as an adult Peter Pan.