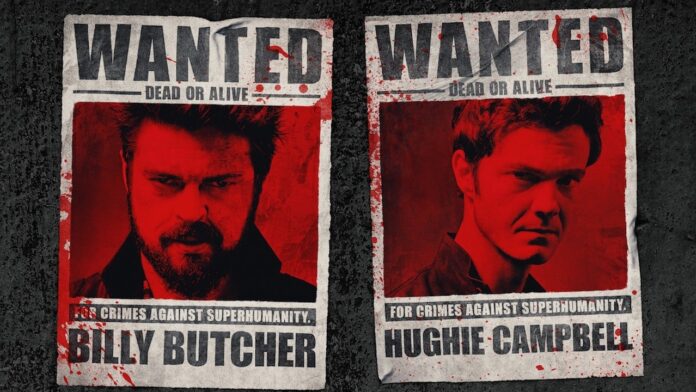 Superheroes on the big screen, superheroes on the small screen. You sick of it yet? Well, The Boys might be the show for you. Sure, there are superheroes in it, but there are also those who are looking to expose them as frauds to the public, and failing that, to make a bloody mess out of them. Actually, they’ll probably do that no matter what.

Karl Urban is back as Billy the Butcher for season 2 of The Boys, and his mad-on for supes has hit critical mass. Following the events of last season’s finale, the team find themselves the hunted rather than the hunters, but Billy still has a score to settle with the sociopathic Superman-esque hero Homelander (Antony Starr). And why wouldn’t he after learning Homelander fathered a child with his dead wife? As for the other members of The Boys? Hughie (Jack Quaid), Frenchie (Tomer Capon), Mother’s Milk (Laz Alonso), and Kimiko (Karen Fukuhara) have to do their best to take down the government controlling the supes, while making sure Billy doesn’t lose control.

SYNOPSIS: The even more intense, more insane Season 2 finds The Boys on the run from the law, hunted by the Supes, and desperately trying to regroup and fight back against Vought. In hiding, Hughie (Jack Quaid), Mother’s Milk (Laz Alonso), Frenchie (Tomer Capon) and Kimiko (Karen Fukuhara) try to adjust to a new normal, with Butcher (Karl Urban) nowhere to be found. Meanwhile, Starlight (Erin Moriarty) must navigate her place in The Seven as Homelander (Antony Starr) sets his sights on taking complete control. His power is threatened with the addition of Stormfront (Aya Cash), a social media-savvy new Supe, who has an agenda of her own. On top of that, the Supervillain threat takes center stage and makes waves as Vought seeks to capitalize on the nation’s paranoia.