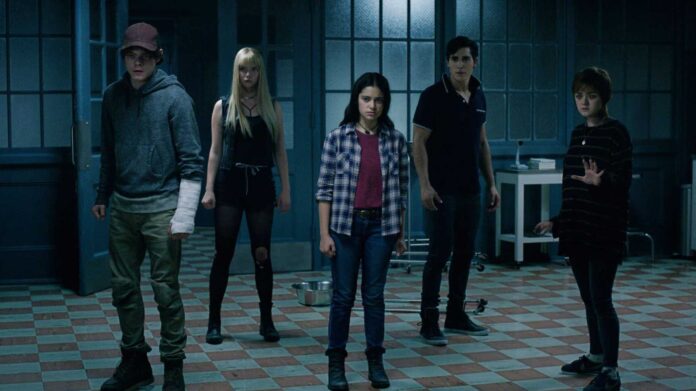 The three-year wait for The New Mutants is finally coming to an end. Through multiple delays caused by planned reshoots (which never materialized), the sale of Fox to Disney, and ultimately COVID-19, fans of the young team of mutants have waited patiently for the movie to arrive. With recent rumors it would leave behind its theatrical date next month for Disney+ in September, there was added interest in today’s Comic-Con @ Home panel that there would finally be some answers.

There was good news all around. The New Mutants will not only keep its August 28th theatrical release date (for now), but director Josh Boone debuted the movie’s opening few minutes, which you can watch below. The film stars Blu Hunt as Danielle Moonstar, Maisie Williams as Rahne “Wolfsbane” Sinclair, Charlie Heaton as Samuel “Cannonball” Guthrie, Anya Taylor-Joy as Illyana “Magik” Rasputin, and Henry Zaga as Roberto “Sunspot” DaCosta, powerful mutants trapped in a secret facility that makes their worst nightmares come true.

The opening scene centers on Moonstar, and her connection to the powerful spirit, the Demon Bear. We see the destruction and tragic loss that haunts her, as she learns to control her powers while held against her will.

Time will tell if The New Mutants maintains the August 28th date, as its tough predicting anything when it comes to COVID-19.

Check out the opening clip below, followed by the entire Comic-Con @ Home panel!

From #ComicConAtHome The #NewMutants sneak peek segues into a new trailer for the next X-Men entry. pic.twitter.com/2A0udaG5qG