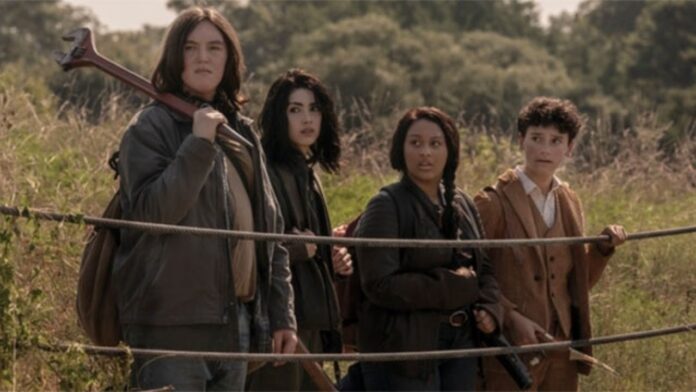 The Walking Dead has been a staple of AMC for more than a decade, and if you thought it was ready to be buried, think again. The zombie franchise continues to expand, and credit to them, new series The Walking Dead: World Beyond actually feels different than either of the two previous shows. For one, this one is less about zombie apocalypse, and more about young people who are finding a way to live.

A new trailer has debuted as part of Comic-Con @ Home, and it’s…well, upbeat is probably too strong of a word. But if you’ve seen trailer for The Walking Dead before, especially from Comic-Con, then you know they tend to be EXTREMELY dark and grim. Well, World Beyond isn’t quite like that, nor should it be.

The series follows the first generation of teens to grow up during a time when the undead walk the Earth. While there’s still plenty of zombie bashing and blood-flying gore, the tone is definitely closer to a CW series or a John Green adaptation than what we’re accustomed to from The Walking Dead.