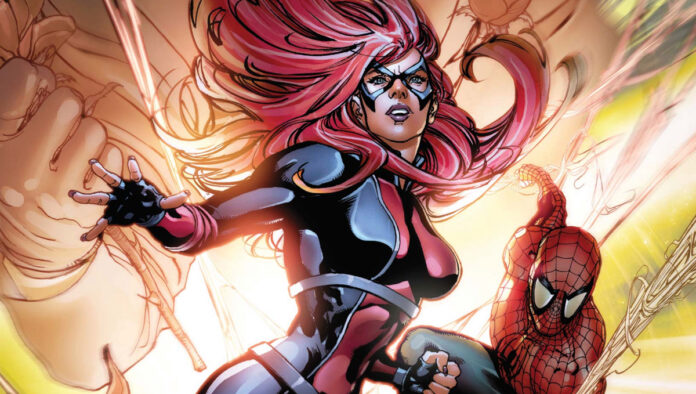 Sony is NOT screwing around at building out their Spider-Man cinematic universe. It’s almost like they’re making up for lost time after everything went south from the Andrew Garfield era. Just yesterday we saw a significant step forward on a possible Madame Web film, and now comes word of another female Spidey hero, Jackpot, who is getting their own title.

Deadline reports Marc Guggenheim will write the script for a Jackpot movie. Who the heck is Jackpot? Well, she’s a minor character but a pretty popular one, having been created back in 2007. Jackpot, aka Sara Ehret, was a pregnant scientist whose DNA gets mixed up with an experimental virus that puts her into a coma for months, but also gives her superhuman abilities such as strength, agility, and durability. In the comics, Sara has no desire to be a hero and sells her costumed identity to another, with disastrous results.

Guggenheim is definitely the right guy for this job. Not only did he write many of Jackpot’s comic book adventures, but he co-created Arrow and has been a major contributor to the CW’s Arrowverse TV shows. He also wrote the Green Lantern movie Ryan Reynolds can’t get far enough away from.

So add Jackpot to a growing group of Marvel films from Sony, including a Venom sequel, Morbius, Silver & Black, Kraven the Hunter, Silk, and more.