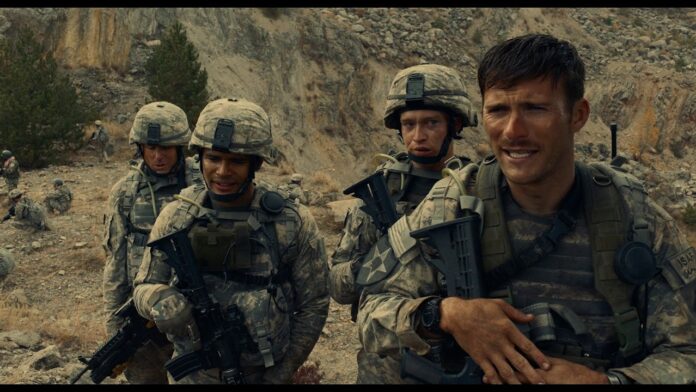 The incredible true story of the Battle of Kamdesh in the Afghanistan War comes to life in the first trailer for The Outpost. Based on Jake Tapper’s acclaimed bestselling book, the film stars Scott Eastwood and Orlando Bloom, but it also marks the return of director and West Point grad Rod Lurie, his first film since 2011’s remake of Straw Dogs.

Penned by the duo of Eric Johnson and Paul Tamasy (The Fighter), The Outpost covers the Hellish 2009 Battle of Kamdesh, a 13-hour assault by 400 Taliban insurgents on Combat Outpost Keating, which held only 53 U.S. soldiers.

SYNOPSIS: In this military thriller, based on The New York Times best-selling non-fiction book, The Outpost: An Untold Story of American Valor from CNN’s Jake Tapper, a tiny unit of U.S. soldiers, alone at the remote Combat Outpost Keating, located deep in the valley of three mountains in Afghanistan, battles to defend against an overwhelming force of Taliban fighters in a coordinated attack. The Battle of Kamdesh, as it was known, was the bloodiest American engagement of the Afghan War in 2009 and Bravo Troop 3-61 CAV became one of the most decorated units of the 19-year conflict.

The Outpost hits theaters and VOD on July 3rd.