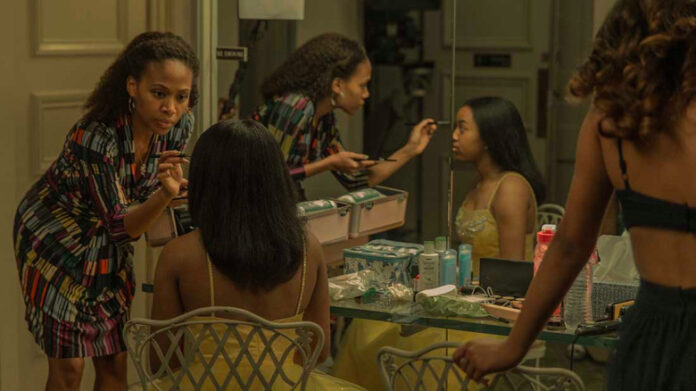 Beauty pageants have gotten a bad rap, and they’ve frequently been a target of movies, including one of my all-time favorite comedies, Drop Dead Gorgeous. But Miss Juneteeth seeks to change the narrative a little bit. The competitions are also a means of empowerment for some women, others a way to pass on a family legacy, and further still a chance at a better life.

Debuting at Sundance where it was met with critical acclaim (I regret passing it up), Miss Juneteenth stars Nicole Beharie as a Texas single mother and former beauty queen preparing her teen daughter to win the same pageant she did years earlier. Because of the struggles she’s had just getting by, she will do anything to help her daughter win and have a chance at a better life.

Miss Juneteenth hits VOD and select theaters, when else, on June 19th.