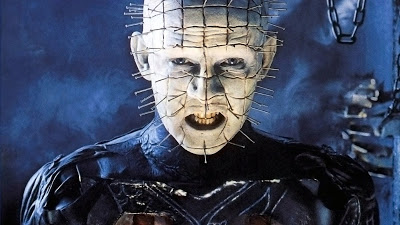 Reboots aren’t really liked by anybody but horror reboots have an especially bad reboot. They can’t all be 2018’s Halloween, can they? Last year we learned that another cult-favorite franchise, Hellraiser, was getting a reboot from Spyglass Entertainment and David Goyer (The Dark Knight), and now we know it’s moving ahead with a bit more help.

THR reports the Hellraiser reboot is happening, but Goyer won’t be alone. He’ll be joined by writers Ben Collins and Luke Piotrowski, along with director David Bruckner, who together teamed on Sundance hit The Night House.

Like most horror franchises, Hellraiser has its own signature antagonist, the needle-faced Pinhead. The original 1987 was based on Clive Barker’s novella The Hellbound Heart, and was adapted by Barker himself. It centers on a family who come in contact with a portal to another dimension full of monstrous psychopaths known as Cenobites, with Pinhead as their leader. Nine sequels followed, of various quality, and generally the movies have been well-regarded without having the same cultural impact as Nightmare on Elm Street or Friday the 13th.

Spyglass calls their take on Hellraiser “loyal yet evolved”, whatever that means. Everybody involved knows their way around horror. The Night House was a big hit at Sundance and secured one of the most lucrative acquisition deals. Bruckner previously directed The Ritual, 2007’s The Signal, and a segment in V/H/S.  Goyer’s resume includes The Dark Knight Trilogy, the Blade movies, and Dark City.