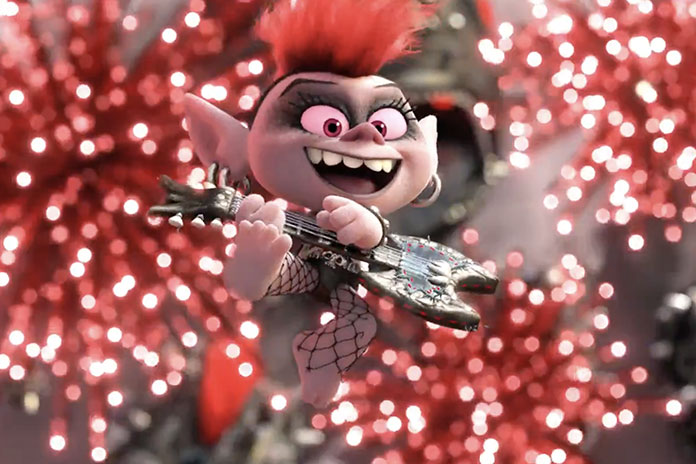 There is a weird conflict brewing between theater exhibitors and Universal over the upcoming day-and-date release of Trolls World Tour. As you well know, Universal decided to release the animated sequel, a major release, in theaters and VOD on April 10th due to the closure of theaters during the pandemic. But John Fithian, head of the National Association of Theater Owners (NATO) thinks something sinister is afoot.

In a grim interview with Variety, Fithian talks about the shutdown of theaters as more than just a momentary hurdle, but as a crisis that could end the theatrical experience entirely, especially if the stimulus package being debated in Congress fails to pass…

“The situation is that dire. Overnight, we went from an industry that makes $15 billion a year — $11 billion in ticket sales and $4 billion in concessions — to one that is not going to make a penny for three or four months.”

“Most of these theaters, not all of them, but most of them, will go bankrupt if this does not pass. If this goes through, it will provide a whole lot of help to industries that need it like restaurants and bars and bowling alleys and retailers.”

Fithian took aim at Universal in a separate interview, attacking the studio for its claims that Trolls World Tour will hit theaters and digital. The simple fact is that theaters are unlikely to be open so soon, which amounts to a straight-to-VOD release…

“Only Universal, and only on ‘Trolls,’ did one studio skip the theatrical model and go straight to the home. Universal continues to advertise to consumers that ‘Trolls’ will be released simultaneously to theaters and the home on April 10. And they are lying to consumers.”

“Universal knows that theaters will still be closed on April 10, so unlike every other distributor who must simply delay their releases in that time period, but still understand that theatrical release is essential to their business model, Universal on Trolls didn’t make that decision. Exhibitors will not forget this.”

Fithian is holding Universal accountable for any lost revenue theaters won’t get by Universal’s continued release of Trolls World Tour, and clearly sees something sinister in their motives. On the other hand, perhaps Universal is just guilty of having too rosy an outlook on the pandemic situation? All of the theaters weren’t shut down at the time they made their announcement. The situation has evolved constantly and will continue to do so, but perhaps theater owners should be more concerned about getting through this situation now than worrying about one movie?