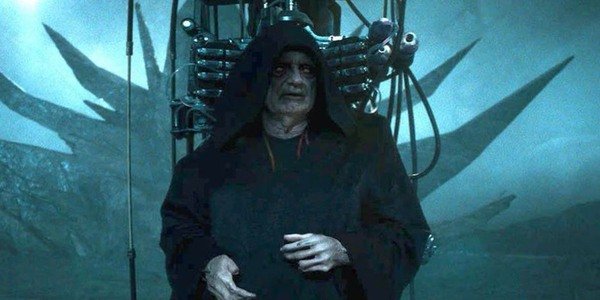 I thought about letting this one go because, honestly, I can’t the thought of Star Wars: The Rise of Skywalker anymore. And the more various novelized companions attempt to explain the many gaps in that disappointing film, the more of a mess it appears to be. Now the complete novelization is out and it only makes the return of Emperor Palpatine more nonsensical than before.

So the big question surrounding Palpatine is…well, what the fuck is he, anyway? How did Palpatine, who died decades earlier, somehow manage to survive all of these years in secret? Sure, we’ve heard about the Sith being able to cheat death through “unnatural” means, but this was ridiculous. Well, the answer is pretty shitty…

According to the novelization (via ScreenRant), the Palpatine we saw defeated by Rey was a close, and not the original Emperor. Yeah, a clone.

“All the vials were empty of liquid save one, which was nearly depleted. Kylo peered closer. He’d seen this apparatus before, too, when he’d studied the Clone Wars as a boy. The liquid flowing into the living nightmare before him was fighting a losing battle to sustain the Emperor’s putrid flesh.

“‘What could you give me?’ Kylo asked. Emperor Palpatine lived, after a fashion, and Kylo could feel in his very bones that this clone body sheltered the Emperor’s actual spirit. It was an imperfect vessel, though, unable to contain his immense power. It couldn’t last much longer.”

Ugh. First of all, using a clone is just such a cheap, easy way out. It takes zero imagination to come up with that explanation. Why not just have him be the real Palpatine, but say the previous version we saw die in Return of the Jedi was the clone? Or an imposter? Also, why not just explain this in the Goddamn movie? The biggest thing I hate most about The Rise of Skywalker is that it cuts so many narrative corners that the plot makes no sense. It’s like JJ Abrams threw his hands up and said: “Oh well, the books can cover that.”

The Rise of SKywalker is going to be picked apart for eternity, but for me this is the end. Somebody hit me up when they announce a new movie that’ll help me forget this one ever happened.