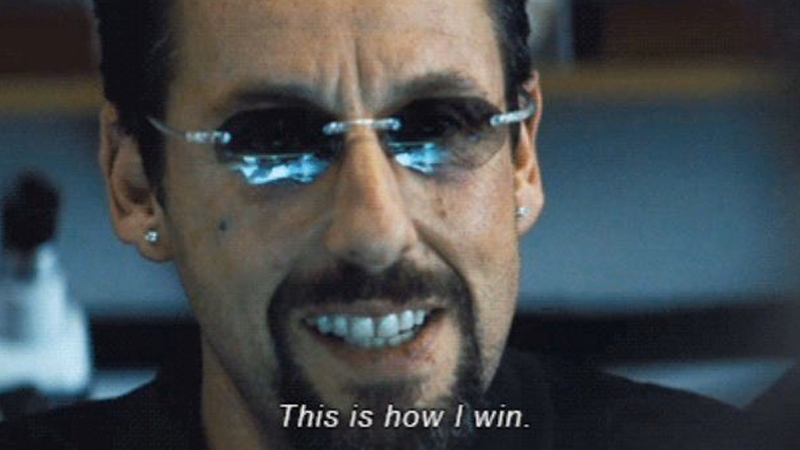 It’s not often that a movie without any awards prospects gets a re-release this late in the season, but that’s exactly what’s happening with the Safdie Brothers’ hit street-hustle film, Uncut Gems. Featuring a career-best performance by Adam Sandler, one criminally overlooked by the Oscars, it’s become something of a sensation on social media.  How many “This is how I win” memes have you seen in the last few months?

Uncut Gems is set to return to theaters this weekend, raising the blood pressures of an all-new audience. This will be a different cut of the movie, 18-minutes longer and featuring a hidden camera Q&A with Sandler, who plays a New York diamond jeweler who gets way in over his head in debt as he’s unable to refuse a high stakes gamble.  The film also stars Lakeith Stanfield, Idina Menzel, Eric Bogosian, and Judd Hirsch.

A24 has dropped a new trailer for the re-release which you can check out below.