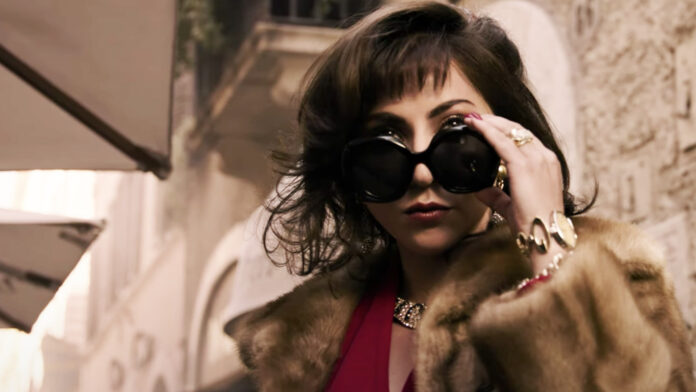 How far would a person go to take control of the legacy of a name as powerful as Gucci? As the synopsis goes:

House of Gucci is inspired by the shocking true story of the family empire behind the Italian fashion house of Gucci. Spanning three decades of love, betrayal, decadence, revenge, and ultimately murder, we see what a name means, what it’s worth, and how far a family will go for control.

As one might expect, the make-up, hairstyling, and costume budget looks like it cost more than some entire movie productions. Leto, in particular, is practically unrecognizable, while Lady Gaga has never looked more glamorous.

Also in the cast are Salma Hayek, Jack Huston, Reeve Carney, Mădălina Diana Ghenea, and Camille Cottin who was so good in Stillwater, which opens this week.